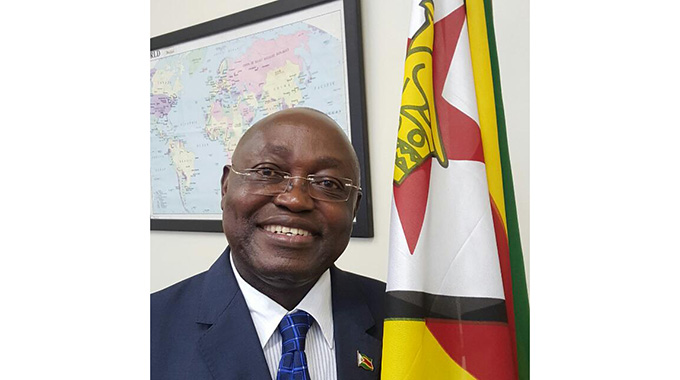 The 118 sitting and former MDC Members of Parliament and senators who sang, remained seated or walked out when President Mnangagwa came to Parliament on five formal occasions should be found in contempt of Parliament, be fined $400 000 each and lose their diplomatic passports, Parliament’s Privileges Committee has recommended.

The committee, chaired by lawyer and Mudzi South National Assembly member Cde Jonathan Samkange (Zanu PF) tabled its report in Senate yesterday with the recommendations, and this must now be debated by the two Houses for final decision.

Two MPs, Zengeza West MP Mr Job Sikhala and former Mbizo MP Mr Settlement Chikwinya, should pay additional second fines of $800 000 for disrespecting the committee when it was carrying out its work as well as disrespecting the President.

If approved that would bring their fines to $1,2 million.

Parliament has the right to investigate charges of contempt of Parliament and can withdraw privileges, impose fines and, in the case of its own members, suspend these members.

So long as it remains within its constitutional powers and follows its own procedures, the decisions made in contempt proceedings are final and cannot be appealed to the courts.

The present Constitution has withdrawn the previous power Parliament had to imprison those found in contempt.

The committee did not recommend the full range of sanctions that can be applied, recommending just the withdrawal of one privilege, the diplomatic passports, and the fines but allowing those who still have seats to continue attending Parliament.

For many of the 87 Members of the National Assembly and 24 Senators the committee said were in contempt of Parliament, some are no longer legislators, having been recalled by the MDC-T, now led by Senator Douglas Mwonzora, or by the People’s Democratic Party (PDP).

The committee was asked to investigate the opposition MPs’ behaviour by Speaker of the National Assembly, Advocate Jacob Mudenda in terms of Parliamentary rules after Zanu PF Chief Whip Cde Pupirai Togarepi moved a motion to have them charged.

MDC-Alliance legislators sang, boycotted the sitting, remained seated or walked out of the chamber on five occasions when President Mnangagwa delivered his State of the Nation addresses, or was present on other formal occasions.

It was the committee’s observation that during the hearing, the majority of MDC-Alliance members were defiant and unapologetic for their misconduct.

“Hon (Jane) Watson was particularly hostile and disrespectful in her responses to the committee suggesting that the chairperson was fooling himself or trying to fool her, which was not palatable to the committee.

“In summary, the committee found the MDC-Alliance members guilty of contemptuous behaviour. They also exhibited gross disrespect by boycotting, walking out and singing political songs, on the five occasions mentioned earlier in this report,” reads the report presented by Cde Samkange.

“It is, therefore, the Committee’s view that these allegations are of a very serious nature which are designed not only to demean and humiliate the President himself, but to scandalise him.

“This conduct was also intended to send a message to the local, regional and international community that the President was not democratically elected.

“Taking into account the severity of the matter, the committee recommended that Parliament withdraws diplomatic passports from the Honourable Members listed in Annexures A and B from the date of adoption of this report; and that those members pay a Level 12 fine ($400 000) to the Consolidated Revenue Fund.

“Turning to Honourables Chikwinya and Sikhala, it must be stated that contempt of Parliament is committed during parliamentary proceedings.

“There is no need for further investigations as a record of what transpired already exists. It is the view of the committee that both Hon Chikwinya and Hon Sikhala committed contempt of Parliament when they appeared before the committee.

“For this reason, the committee recommends that they pay a Level 14 fine ($800 000) to the Consolidated Revenue Fund in addition to the fine given in paragraph 2 above,” reads the report.