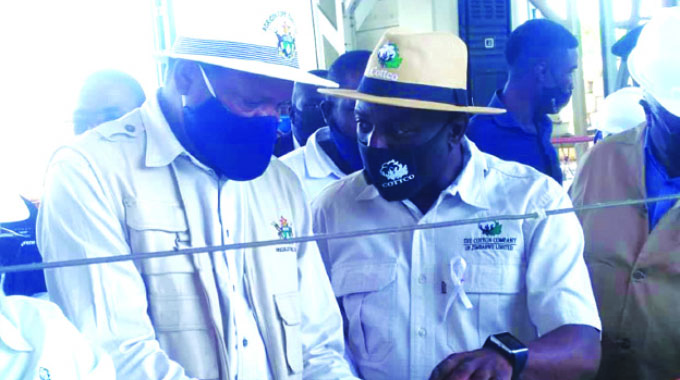 This is in addition to the $1,8 billion the Government has already released so far to pay the farmers financed under the Presidential Inputs Support Scheme.

The Government, which is the major financier of cotton through Cottco, announced that it was looking at providing inputs worth US$82 million this season to support 400 000 households.

The suspension of bulk mobile money payments by the Reserve Bank of Zimbabwe to curb illegal foreign currency trading, resulted in cotton merchants, including The Cotton Company of Zimbabwe, which administers the Presidential Free Inputs Scheme, switching to alternative payment systems including buying household goods, farm implements and productive assets for the farmers who delivered their crop to Cottco.

The central bank believes large money transfers, particularly by EcoCash agents, were being used to fuel black market deals in foreign exchange. In the previous seasons, the majority of the cotton farmers were paid via mobile platforms.

The alternative payment schemes were largely hailed by farmers, although some stakeholders expressed skepticism about the arrangement.

It has also been difficult for merchants to deposit money into farmers’ bank accounts as the majority of the growers were reluctant to open accounts.

“As you might be aware, the mobile money transactions were suspended by the Government in June and for a good reason; to stabilise the broader macro-economic environment,” said Dr Masuka during the official inputs launch of the 2020/21 season in Chinhoyi last Friday.

“This disrupted payments to farmers…alternative payment systems you (cotton merchants) have devised include, but not limited, to the purchase and the distribution of groceries, farm implements and household requirements.

“The acceptance of these payment schemes by farmers and spectators across the country has been varied. But now that normalcy has returned, my expectation is that Cottco will begin to use these platforms so that farmers will make choice about what to do with their own money. There is an outstanding balance of $1,5 billion that is due and I think perhaps in the next week or so those payments will begin to flow,” he added.

Dr Masuka warned farmers against abusing inputs while urging Cottco to account for the inputs.

“Let me warn you those would be abusers of inputs that this time is not on their side. Accountability must be entranced,” said Dr Masuka. After peaking at 352 000 tonnes in 2011, output declined to 28 000 tonnes three years later, the lowest yield in nearly two decades partly due to lack of adequate funding and poor prices.

With the coming in of the Presidential Inputs Scheme, coupled with renewed interests by private players to finance the crop, who last year financed about 30 percent of production, the sector has recorded a significant recovery. In light of climate change, some farmers are also increasing acreage as the crop is generally less waster intensive.

However, recurring drought due to climate changes continue affecting yields of cotton and other crops such as maize and tobacco.