LECTURERS at the Gwanda State University (GSU) at Epoch Mine in Insiza, Matabeleland South province, fear contracting the coronavirus after they were directed to report for duty on May 4 despite constricted office space at the campus. 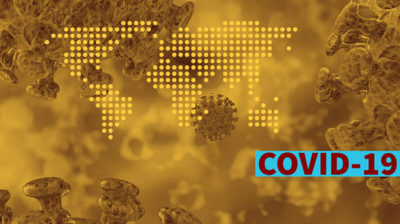 In a letter dated April 29 signed by GSU registrar Erasmus Mupfiga, the university ordered all staff members to report for duty on May 4.

“The vice-chancellor (Ntombizakhe Mlilo) has directed that all staff should report for work on Monday May 4, 2020 at the normal GSU work starting time without fail. This directive is regardless of whether or not the national lockdown will have been extended,” the letter read.

“We are, however, strongly encouraged to continue observing the preventative measures against exposure to the coronavirus as we travel to campus on the said day and as we go about our work going forward.”

However, staff members revealed that 16 lecturers shared one office.

“With critical office space for 16 lecturers sharing one small office, staff at Gwanda State University was ordered to report for work whether or not lockdown was extended. Staff has been forced to attend compulsory meetings, putting them at risk of contracting the virus,” a source at the university said.

Contacted for comment yesterday, Mlilo disputed that their offices were cramped.

“Have you ever visited the place to see how it looks like? It was better if you visited the campus to see for yourself, rather than to listen to what people are saying when you have not seen the place,” she said.

“Send me your number so that I refer you to the right person who will tell you about all the space that we have and how our campus looks like.”

Mlilo referred Southern Eye to GSU spokesperson Walter Ndlovu, who was not reachable.
GSU inherited Epoch Mine infrastructure, which it is upgrading to suit university standards.