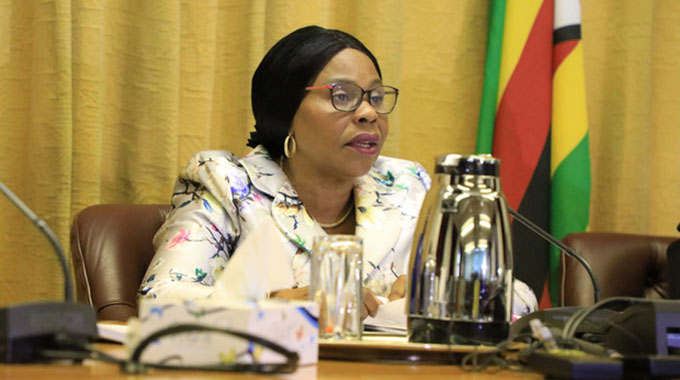 Cabinet was briefed by the Minister of Lands, Agriculture, Water, Climate and Rural Resettlement, as Acting Chairperson of the Inter-Ministerial Committee on Emergency Preparedness and Disaster Management that Cabinet efforts towards the recovery, rehabilitation, reconstruction and resettlement in the Cyclone Idai affected provinces are already bearing fruit, as life is almost back to normal in most of the affected areas.

These efforts will be boosted by the offer of US$75 million support to be extended towards infrastructure development by the World Bank in Cyclone-hit areas. Budgetary requirements for the exercise have already been availed to World Bank.

The issuance of identity documents for victims of Cyclone Idai is set to begin around mid-June 2019, at which time the imported consumables to be used by the Registrar-General’s Department for the purpose should have been received in the country.

Food distribution will now be done once per month. A total of 18 irrigation projects have been fully restored in Chimanimani and Chipinge, with productive activities now in full swing. To date, no cases of cholera have been reported in the affected areas.

However, Rapid Response Teams have been sent to deal with reported cases of malaria in Chipinge, Mutsvangwa and Chimanimani areas. A model housing scheme has now been developed for the disaster prone areas of Chimanimani and Chipinge.

2.0 Principles of the Water

Apart from aligning the Water Act to the Constitution in respect of the right of every person to safe, clean and potable water, the Bill also provides for the following:

the need to prioritise,inter alia primary requirements, environment conservation, agriculture, mining, industry and factors such as gender and disability in the allocation of water resources;

to provide that the declaration of river systems by the Minister will include wetlands, in order to lay emphasis on their protection;

to provide guidelines on restrictions on cession of right to use water;

to provide for increased management and protection of water resources and to limit its pollution;

to expand the procedure for reservation of areas likely to be required for dam basins or dam sites;

to expand the Minister’s powers to reserve water to include ground water; and;

to provide for the increased management and protection of water resources, taking into account the increased demand for ground water.

Cabinet approved the Principles of the Human Rights Amendment Bill as presented by the Minister of Justice, Legal and Parliamentary Affairs. Over and above the need to align the Zimbabwe Human Rights Act (Chapter 10:30) to the Constitution, the proposed amendments also seek to achieve the following:

to ensure that the Act is in compliance with international best practices as contained in the Paris Principles;

to allow for cooperation with other Constitutional Commissions such as the Zimbabwe Gender Commission and the National Peace and Reconciliation Commission;

to give effect to certain amendments proposed by the Zimbabwe Human Rights Commission;

to ensure that Reports of the ZHRC are based on solid research and evidence.

Cabinet received a presentation from the Minister of Justice, Legal and Parliamentary Affairs on Principles to amend the High Court Act (Chapter 7:06) in order to bring it into alignment with the Constitution of Zimbabwe Amendment (No. 20) Act, 2013. The Principles of the proposed High Court Amendment Bill specifically provide as follows:

that every person should have the right of access to courts or to some tribunal or forum established by law for the purpose of dispute resolution; and

that every person accused of an offence be provided with the right to a fair and public trial within a reasonable time before an independent and impartial court.

5.0 Update on the Disbursement of the Emergency Business Relief Funds

that cash payments are to be made directly to suppliers of products, wholesalers or producers, with drawn-downs accompanied by invoices/receipts; and

that the affected businesses would submit lists of their major suppliers.

So far, a tranche of $10 million out of the $30 million earmarked for the Programme has been disbursed into the loan Fund Account. The total value of stocks looted, and damages to property and equipment belonging to the affected businesses is $24 494 771. A total of $4 964 133 has already been disbursed to replenish the stocks. Currently, the affected provinces are processing requests for equipment and infrastructure, with the disbursements expected to start this week.

6.0 Report Back on the Beijing Summit on the Belt and Road Initiative

The Minister of Information, Publicity and Broadcasting Services reported to Cabinet on the Chinese Global Development Strategy, the Belt and Road Initiative. The Initiative is centred on the development of road, rail and seaport links as a means to facilitate trade and economic development.

This is set to benefit Zimbabwe’s thrust to become an upper middle income country as encapsulated under Vision 2030.

As a way forward the Office of the President and Cabinet is setting up a dedicated team that will work with neighbouring countries involved in the Belt and Road Initiative, to ensure that Zimbabwe derives maximum benefit from the Initiative.