MPILO Central Hospital’s 197 staff members who were put on self-isolation after a nurse at the institution tested positive to COVID-19 last month are still not at work. 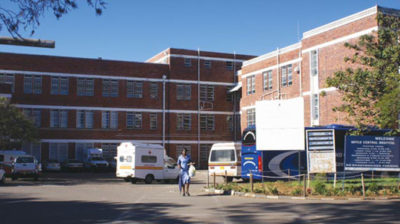 This came as reports suggested that 13 more Mpilo Central Hospital nurses tested positive to COVID-19 and were part of the new cases which were reported in Bulawayo over the weekend. The nurses have been put on isolation and many more staff members were yet to be tested, especially those who were in contact with the nurses.

The nurse was one of four people to test positive at the hospital, including three patients. The results of the 197 staffers are still to be released nearly a month after they were put on self-isolation.

“The staff members, who were sent on self-isolation, are not yet back at work. We have not yet received their results. The provincial health department is the one dealing with issues of COVID-19, and on issues of COVID-19 talk to them,” Ndlovu said.

The quarantined staff members were expected to return to work after screening for the deadly virus and completing a mandatory quarantine of 14 days.

Officials said the delay in releasing results was due to shortage of test kits.

Ndlovu said he was not at liberty to comment on COVID-19 cases which he said were dealt with by the provincial health department.

As of Sunday, Bulawayo COVID-19 cases had reached 60 with two deaths having been recorded, while the national cumulative figure stood at 512 as of Monday evening with six deaths.

Nurses were among the most affected professionals, with at least 90 000 health care workers having been infected by COVID-19 and more than 260 dying by the end of May across the world according to the International Council of Nurses.