$1bn set aside for highway rehab 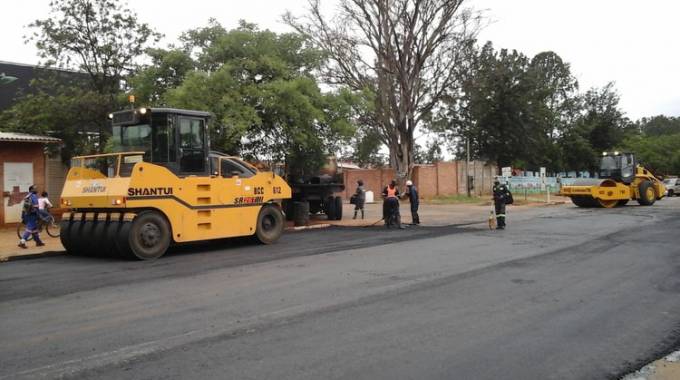 George Maponga Masvingo Bureau
Rehabilitation of the Harare-Beitbridge highway has started in earnest after Government set aside $1 billion for the project.

The highway expansion project is expected to increase economic benefits for the country through the anticipated speedy movement of human traffic and cargo.

There had been incessant calls to expedite the rehabilitation of the road, which links Zimbabwe with its largest trading partner, South Africa, to reduce road carnage.

Masimba Construction has set up its base near Gokomere Mission, while Exodus and Company is camped near Maringire Business Centre in Chivi.

Minister Matiza expressed satisfaction with progress made so far.

“We are here to see the developments made in the construction of this road (Harare-Beitbridge), especially in Masvingo province. We are here to see progress made by the contractors in terms of establishment of sites and actual operations on the ground.”

He said they expected ongoing rehabilitation to be completed towards year end.

“The work is progressing well and going according to plan and we are satisfied with the mobilisation and setting up for the start of the programme. The companies will be working on 20km stretches along the highway and we expect that it will take about 10 months to finish the work. They (Masimba Construction) have already done detours of about 8km,” said Minister Matiza.

“We budgeted $1 billion for this project and on top of that we have ring-fenced some fuel levy that is going to be given to this project on a monthly basis. We are looking at between $40 and $50 million monthly from fuel levy and that would suffice to oil the companies to be able to continue with the project.”

He said the fuel levy would take care of inflationary headwinds while hinting Government’s readiness to continuously review the financial package.