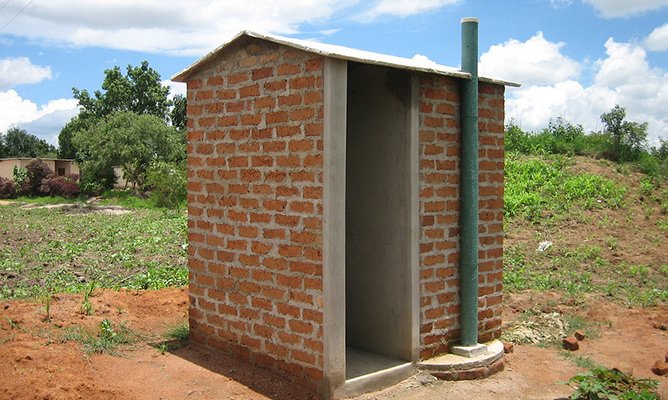 Almost 2 000 inhabitants at Lydiate Farm, outside Norton, are sharing just four blair toilets, posing a serious risk of an outbreak of communicable diseases to the farming community.

Zimbabwe has been grappling with cholera and typhoid outbreaks over the past few months, with a number of people succumbing to the medieval diseases in various parts of the country.

Speaking during the commission of a $15 000 solar-powered borehole drilled by Turkish organisation, Turkye Diyanet Foundation, Islamic Society chairperson for the area, Elvis Matambo said the situation was dire and needed urgent attention.

“We have a total of eight toilets here, but the other four collapsed and we are left with only four, which were constructed by Temba Mliswa, the legislator for the area,” he said.

Matambo said some of the inhabitants had to use toilets at the nearby Mboma Bar.

Farai Nhokwe, who represented Mliswa, said the local legislator was ready to assist the community, but insisted that they should also take the initiative first.

“If they come and tell us they have moulded some bricks for the toilets project, we will chip in with cement. They have to show they are ready to participate in the development of their own area,” he said.

Matambo applauded the Turkish Foundation and the Islamic Association led by Sheh Adam Wadi, saying they were the first organisation to bring tangible projects to the area.

“We have decided to increase the number of boreholes in the country to provide clean water and help prevent contagious diseases,” he said.

The foundation has drilled more than 100 boreholes in the country, 31 of them last year alone.

The piped water system was constructed in conjunction with the Islamic Society at Mupfunganzira village.

“The biggest problem we have as a district is water supply, hence we are very happy with such a project. The burden of water-borne diseases will decrease because of this borehole we have commissioned at a time we are recovering from cholera in Mt Darwin,” Chokera said.

Chokera implored villagers to properly manage the water since they had been saved from walking long distances in search of the precious liquid.

“We implore everyone in the community to properly manage the water by forming a committee that will deal with water issues. It is not for the Islamic community alone, but for everyone. Now we can heave a sigh of relief from walking long distances in search of safe water,” he said.