GOVERNMENT yesterday said it will not be able to increase its cushion payouts of $200 per family because it has no resources in its coffers to provide more cover for workers, traders and distressed families facing an uncertain future owing to disruptions caused by COVID-19. 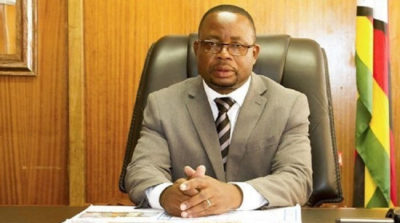 Public Service, Labour and Social Welfare minister Paul Mavima yesterday said the $200 represented the resource base that government had in the face of competing interests and could not be increased at the moment.

“The $200 represents the resource envelope that is available given the fiscal space that we are operating in,” Mavima said.

“We will continue to engage Treasury not only about the $200, but also about the $180 that is being given under the traditional food mitigation programme, or the cash transfer for cereals programme.

“Obviously, there are competing needs and values for whatever budget the nation has, so we can only advocate and negotiate with Treasury. If it becomes possible given the resources that they are collecting, then we may have to revise upwards this allowance that we are giving.”

He said the payout was not supposed to be the only money that vulnerable families and workers in distress were supposed to have at their disposal, saying it was just only a top-up to what was already there.

“We have also said that it was not supposed to completely replace whatever families were providing for themselves, but it was just supposed to supplement to provide some relief,” Mavima said.

South Africa on Tuesday unveiled a R500 billion economic support package to support vulnerable companies, people and to protect jobs as part of its response to COVID-19, which has seen the country being placed under lockdown for five weeks.
Its cases have passed 3 000, with 58 deaths.

Zimbabwe’s offer, equivalent to US$8 at the official rate and US$4 on the black market rate, to cushion vulnerable communities was only enough to buy a 10kg bag of mealie meal.

Zimbabwe Congress of Trade Unions (ZCTU) president Peter Mutasa said workers were facing retrenchments, layoffs and salary cuts at a time the bread basket has risen to $7 000 for a family of four, meaning the government offer was a drop in the ocean.

“In other countries, governments are providing relief for workers who have been laid off, sent on unpaid leave or forced to take pay cuts. Here, we have to make do with a $200 payout decided in unclear methods,” Mutasa said.

“There are no stimulus packages to save jobs or put money in the pockets of the suffering workers. This is a painful period in the life of workers who are alone in this.”

Through the Tripartite Negotiating Forum, labour and business have asked government to come up with interventions that would save many from hunger and job losses.

Mavima confirmed receiving requests which include bailouts, unemployment benefit claims and stimulus packages, saying he had since presented them to President Emmerson Mnangagwa, who will soon meet with business and labour to chart a way forward.

The post $200 cushion is all we have: Govt appeared first on NewsDay Zimbabwe.