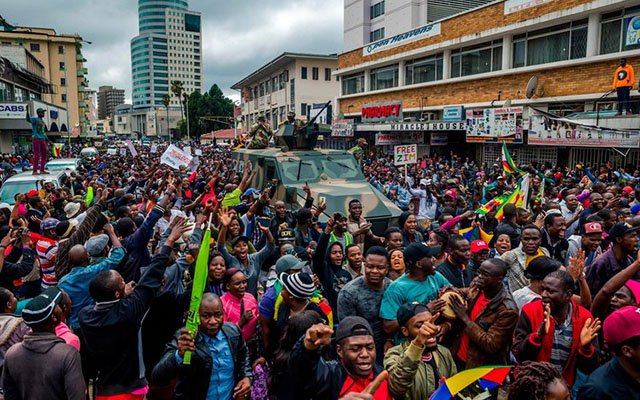 The culmination of events that took place in November last year, Operation Restore Legacy had the whole world captivated

Farirai Machivenyika My Speaker Sir
Mr Speaker Sir, as we begin 2018, let’s start by looking at some of the events that took place in the legislative assembly last year. The year 2017 will be remembered for two major events — legislative wise — that will forever be etched in the history books of this country.

First was the adoption of Constitutional Amendment Number 1, which empowered the President to use his discretion to appoint a Chief Justice, Deputy Chief Justice and Judge President. The amendments to the Constitution were passed in July and became the first changes to the supreme law that was adopted in 2013.

The amendments to section 180 of the Constitution that deals with the appointments of the persons to the three offices were not without debate and controversy with some circles arguing that they were influenced by internal wrangles in Zanu-PF then.

The former provision provided for personnel to the three offices to be selected from a list supplied to the President by the Judicial Service Commission following public interviews.

However, others argued that it was the norm and standard practice world over that a sitting President appoints people of his or her choice to the respective offices. Government argued that the previous arrangement would have resulted in junior officers interviewing their prospective bosses, a situation that creates ethical issues.

The amendments were eventually passed on July 25, with the ruling Zanu-PF using for the first time its two thirds majority to push through the changes. Mr Speaker Sir, the second historic occurrence in Parliament was a motion to impeach the then President Robert Mugabe that eventually led to his resignation after 37 years in power.

This was the first time that such a motion had been moved and received support from all parties in Parliament. It was a culmination of events that took place in November that had the whole world captivated.

Following the sacking of then Vice President Emmerson Mnangagwa through the scheming of the G4O cabal, the Zimbabwe Defence Forces intervened to arrest a potentially volatile situation caused by the criminal elements within the cabal that was causing untold suffering to ordinary Zimbabweans.

Former President Mugabe was also recalled as party leader and President and was advised to resign, failing which Parliament would move to impeach him. After refusing to resign within the stipulated time, Parliament, on November 21 initiated impeachment proceedings following a motion moved by Manicaland Senator Monica Mutsvangwa and seconded by Mabvuku-Tafara representative James Maridadi.

However, before the proceedings were completed, Speaker of the National Assembly Advocate Jacob Mudenda received former President Mugabe’s resignation letter, something that sparked wild celebrations across the country. The process that led to the resignation of the former President became known as “Operation Restore Legacy.”

This also marked the end of the infighting that had characterised Zanu-PF and threatened the implementation of programmes meant to benefit the people. Ring leaders of the G40 cabal that included Prof Moyo, Messers Kasukuwere, Zhuwawo and Shadreck Mashayamombe were subsequently expelled from Parliament after they were recalled by Zanu-PF.

On another historic note, Mr Speaker Sir, Parliamentarians “went on strike” in October, demanding the payment of their sitting and fuel allowances with some of the arrears dating back to the seventh session of Parliament.

This resulted in MPs refusing to debate any motions until their plight was addressed. Some interesting demands were made during the allowances debate, with some parliamentarians requesting that they be given diplomatic passports, business class air travel, and residential stands, among others.

The executive took heed of the MPs’ plight. They were paid their dues in December 2017 while processes are underway to release the constituency development funds. Mr Speaker Sir, we hope this will put to rest the welfare issues of MPs and ensure that they concentrate on their core business, which is to legislate and hold the executive to account.

With Parliament business set to resume earlier this year and following President Mnangagwa’s pronouncement, we hope everyone will perform their duties to expectations as we seek to turn around the fortunes of the economy. The new dispensation has ushered in a new work ethic that we had long lost as Zimbabweans and that we should embrace as we go into the future.

Gone are the days of rent-seeking behaviour. We hope the new Cabinet will be up to the task when they come to Parliament, which promises to be an interesting session, what with all the new faces we have in the executive.