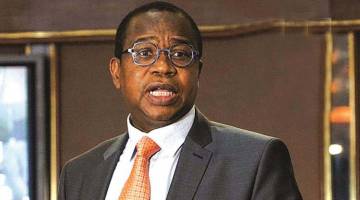 FINANCE minister Mthuli Ncube has been urged to solve civil servants’ poor remuneration in his 2021 budget statement due next month.

The issue came out yesterday during pre-budget consultations by the Parliamentary Portfolio Committee on Budget and Finance which is currently going around the country collecting views on the 2021 budget.

Different people also called for a pro-poor budget with social protection nets to take care of the vulnerable people, who include people with disabilities (PWDs), orphans and people with albinism.

“Any budget must mitigate against attainment of sustainable development targets, and currently schools have opened, but teachers are not in the classrooms and doctors are always on strike because of poor remuneration. If the fiscal policy stance of 2021 does not solve salary issues, then we will reverse the gains that we had made in the education and health sectors,” David Philamoyo said.

A representative from the Zimbabwe Congress of Trade Unions (ZCTU) said government must review its taxation systems which have been severely depleting the incomes of poor people.

“As workers, there are two things that ensure that we survive, and these are salary increases or tax systems that do not leave people highly taxed. People that earn below the poverty datum line must not be subjected to taxes. We also want job creation and my suggestion is that agriculture must get the biggest chunk of the budget as its produce can also create jobs at other sectors that use agricultural products for value addition,” the ZCTU representative said.

Representatives from Transparency International Zimbabwe (TIZ) said the 2021 national budget must support social protection by building more clinics, as well as to support water and sanitation services to vulnerable communities.

Esther Mabunze, from Zimbabwe Caregivers Network, said the current $200 cushion given to orphans was too little and must be increased to $2 000.

A representative from the Womens Coalition of Zimbabwe said government must include an allocation for students’ data costs in the 2021 budget given that most learning is now being done virtually.

PWDs demanded government budgetary support in terms of capital for self-help projects, hearing aids, surgical shoes and wheelchairs, crutches and other essentials which they said were very expensive and beyond the reach of many.

People with albinism said their grants for creams must be increased to $3 000 from the current $300.