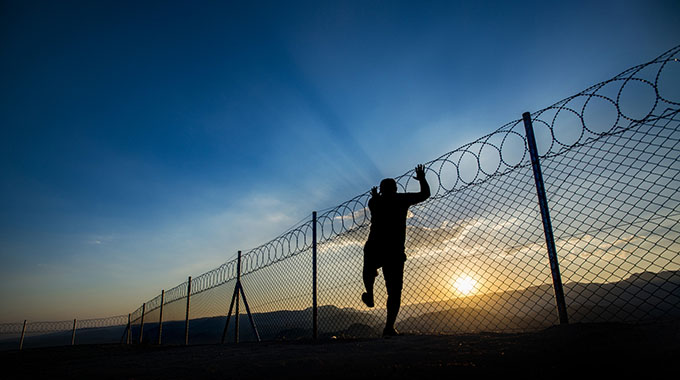 Beitbridge police were last night pursuing the 19 escapees while two of those who escaped from Chiredzi have since been arrested while three are on the run.

A combined 27 returnees have now escaped from the NSSA Hotel quarantine centre since it started operating after the first group of eight absconded in the first week, prompting authorities to beef up security.

It is understood that those who escaped were part of the people arrested for facilitating the smuggling of groceries and an assortment of goods along the Limpopo River.

It was discovered around 10am yesterday, when the group skipped breakfast.

“Seventeen of those are Beitbridge residents, from mostly villages on the borderline. Two others are not local residents, but are believed to have connived with the group.

“Efforts are being made to locate them at their given addresses.

“These were tested when they were put into quarantine and are Covid-19 negative,” said the official.

The Director of Social Welfare in the Ministry of Public Service and Social Welfare, Mr Totamirepi Tirivavi last night, said he was yet to get a report on the incident.

The Beitbridge quarantine centre has capacity to accommodate 280 people, but Government has set the maximum at 150.

There are presently 48 people at the centre.

By the end of yesterday, all the people in quarantine had been moved to one wing of the hotel to maximise security.

Recently, 41 Malawians who had skipped the border through an illegal crossing point along the Limpopo River were intercepted by security agents while attempting to hitch-hike.

Turning to the Chiredzi escapees, three of the five were returning from South Africa and are from Zaka while the other two are from Chipinge.

Chiredzi District Development coordinator Mr Lovemore Chisema, who is also the district Covid-19 taskforce chairperson, said the hunt for the three was underway.

“Of the first group of three men (all from Zaka), we managed to account for two who are now back at the isolation centre and we are looking for the remaining one.

“These three had undergone testing for Covid-19 when they arrived at the isolation centre and they had all tested negative.

“The two men from Chipinge escaped before they were tested,” he said.

Following the escape, the number of people at the centre has declined to 18.

The developments at Rupangwana came as police on Monday night swooped on a house at Maringire Business Centre in Chivi and arrested three Harare-bound women who had illegally crossed the border from South Africa.

They were arrested after a tip-off.

They had sought overnight accommodation at a relative’s house at the business centre.