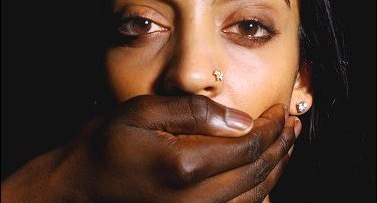 HARARE – As Zimbabwe joins the rest of the world in commemorating 16 Days of Activism against gender-based violence, which commenced on November 25, the nation continues to record high rates of violence against women, in particular, rape cases.

Another report estimated that one woman is raped every hour, while 24 are raped everyday.

16 Days of Activism was launched by women activists in a bid to fight violence against women and girls, particularly in Zimbabwe. Shamwari Yemwanasikana’s director Ekenia Chifamba who is also women and girls rights activist said on an average her organisation receives five rape cases which are reported daily at their office.

“In recent recorded cases, a 16-year-old was raped by her grandfather, and she didn’t know she was pregnant.

“The teachers at the girl’s school are the ones who actually helped her and took her to the hospital after noticing that the child was pregnant,” she said.

Women’s organisations have reported that more than 60 percent of rape cases recorded in the country yearly involve children below the age of 18.

Chifamba told the Daily News that most of the perpetrators were close relatives; fathers and step fathers, brothers and teachers in school.

“In another recent case in St Mary’s Chitungwiza, a year old toddler was raped by her father, so these are some of the prevailing cases we have,” she said.

However, married women are also estimated to be part of the rape victims, with many of fearing to report husbands due to the aspect of culture which confounds women to stereotypical gender violence.

Chifamba said quite a number of women are raped and cultural beliefs are used to suppress cases that need to be dealt with.

Women’s Coalition chairperson, Ronika Mumbire said while the workplace is also another place of sexual abuse, spousal abuse is common and is mainly a result of patriarchal socialisation that views women as perpetual minors.

“The home is not the only spot for abuse, there is the work place and several public places. Children are also exposed to abuse with most of it coming from close relatives. Law enforcement agents need to work hard to make sure perpetrators are brought to book,” she said.

Gender Commission chairperson Margret Mukahanana-Sangarwe, speaking at the 16 Days of Activism launch campaign under the national theme “Creating Zero Tolerance to Sexual Harassment in the Workplace” revealed that the commission was investigating cases of sexual harassment at both National Aids Council and the Immigration Department in Zimbabwe.

Rape cases in Zimbabwe have remained high over the past four years.

Mukahanana-Sangarwe said a lot of victims of GBV have been suffering in silence due to fear.

“We condemn rape, and it is sad that rape crimes are against very young girls. The ministry is pushing for mandatory legislation on offenders,” she said.