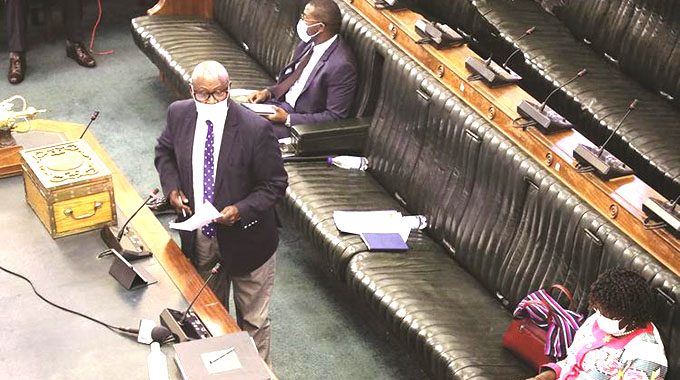 Farirai Machivenyika
Senior Reporter
At least 3 000 more primary and secondary schools are needed to cater for the increasing number of students and to ensure an improvement in the quality of education in Zimbabwe, a Cabinet minister has said.

Primary and Secondary Education Minister Cain Mathema was speaking in the National Assembly yesterday while presenting a ministerial statement on last year’s Grade Seven results after legislators raised concern over the drop in the pass rate.

Eighty-eight schools recorded zero percent pass rate, with these mainly in rural and resettlement areas and with 31 of them coming from Matabeleland districts.

“We want every trained teacher to be recruited because there is no point in training the teachers if we don’t employ them,” said Minister Mathema.

“Also as we speak we need at least 3 000 more schools and more teachers and only last week we employed over 3 000 teachers. Currently, there are at least 6 288 and 2 871 primary and secondary schools.

Minister Mathema called for increased investment in the education sector from both the public and private sectors.

“We need more investment in the education, not only from central Government, not only from local authorities, but also from the private sector, so this means the economy has to perform better to increase the resources available,” he said.

The pass rates in Shona, Ndebele, Nambya, Tshivenda, Xichangana and Kalanga were above 65 percent, Sesotho was at 54,62 percent and Tonga at 52,38 percent.

Minister Mathema said last year’s results were affected by the lockdown caused by the Covid-19 pandemic and teachers’ industrial actions that disrupted learning.

He said while the pass rate declined, it was within the average pass rates for the past 10 years.

Minister Mathema said his ministry was engaging the ministries of Energy and Power Development and that of Information Communication Technology, Postal and Courier Services for the provision of electricity and ICTs in rural schools.

Meanwhile, three MDC-T proportional representatives were sworn in yesterday after the party recalled some of its legislators last year.

The MDC-T recalled 31 legislators last year after they stopped representing the party’s interests in Parliament.