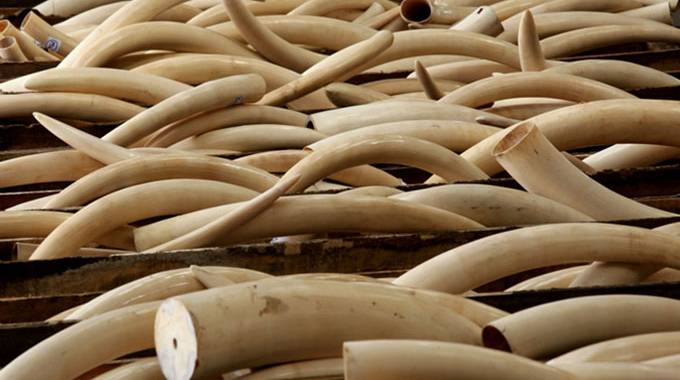 Prosper Dembedza Court Correspondent
Three men yesterday appeared in court after they were caught in possession of 34kg of ivory worth RTGS$51 514, 14 without a licence or documents.

Moikothai Molathegi (43), Mathew Matusu (70) and Mathew Kasisi (43) were charged with contravening the Parks and Wildlife Act when they appeared before Harare magistrate Mrs Barbra Mateko.

Molathegi, a Botswana national, pleaded guilty to the charges, while Matusu and Kasisi pleaded not guilty.

Mrs Mateko remanded the trio in custody and ordered them to apply for bail at the High Court.

She deferred the matter to August 15.

It is alleged that on July 30, detectives from CID Mineral Flora and Fauna units, Harare, received a tip-off to the effect that the accused were in possession of ivory.

Armed with that information, the detectives proceeded to house number 6084 Overspill in Epworth, where they found Molathegi and Kasisi carrying a sack in the company of Matusu.

The court heard that the detectives searched the sack and found five elephant tusks in it.

It is alleged that the trio were asked to produce documents authorising them to possess the tusks, which they failed to do