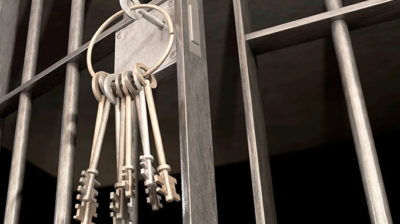 The two appeared at the Harare Magistrates Court yesterday facing allegations of incitement to cause public violence and breach of peace or bigotry.

Magistrate Ngoni Nduna postponed the bail ruling on the basis that courts were closing early due to the curfew imposed by government.

Allegations are that: “During the period extending from March 1 to July 20, 2020 while in Harare the accused person (Chin’ono) intending to persuade or induce other persons or realising that there was a real risk or probability that by such communication other persons may be persuaded or induced to engage in public violence or participate in gatherings that would disturb peace, posted numerous messages on his Twitter handle @daddy hope …

The State alleged that in the messages, Chin’ono intended to persuade the Zimbabwean populace to commit the crime of public violence and to participate in gatherings with intent to promote public violence, breach of peace and bigotry.

The State yesterday also alleged Ngarivhume posted messages on Twitter after alleged meetings with the clergy, opposition political activists, among others, inciting citizens to take to the streets in an anti-corruption protest on July 31.

The State opposed bail saying taking into consideration the gravity of the offence, the accused persons, who faced a custodial sentence in the event that they were convicted, were likely to abscond. The State feared that the accused persons would interfere with witnesses.

The State alleged the accused persons would pursue their mission, which they had not yet accomplished, if granted bail.

In a statement, ACT-SA chairperson David Jamali said Chin’ono exposed the looting of COVID-19 resources, now known as the Covidgate scandal, which resulted in the arrest and dismissal of former Health minister Obadiah Moyo.

“We would have expected the government and all law enforcement agents to support, work closely and benefit from journalists such as Chin’ono who are exposing corruption, but instead they are viewed as enemies of the State. This is not good for the country. My organisation is disturbed that the same government signed and ratified the United Nations Convention against Corruption (UNCAC) which calls upon it to protect whistleblowers yet are pulling upstream against it. Zacc (Zimbabwe Anti-Corruption Commission) as the main anti-corruption authority must take action to ensure the protection of whistleblowers,” he said.

Jamali urged the government to immediately release Chin’ono and other individuals arrested for exposing corruption and showing willingness to participate in the planned July 31 protests.

“We all know how corruption has ruined the Zimbabwean economy. The people of Zimbabwe are justified to loudly speak against corruption in the country. Our message to President (Emmerson) Mnangagwa is that he should ensure that Chin’ono is unconditionally released from detention without any further delay,” he said.

The Election Resource Centre (ERC) in a statement also bemoaned the closure of democratic space and harassment of journalists.

“ERC notes with deep concern the escalation of closure of democratic space in Zimbabwe which has not spared journalists, civic activists, political activists and ordinary Zimbabweans. Such closures of space through abductions, arrests, incarcerations and threats are synonymous with the country’s checkered history of intolerance towards dissenting voices,” the statement read.

“Given the political undertones underlining the ongoing clampdown on constitutionally-enshrined rights such as freedom of speech, expression, association and that of the media, the response of the State to discontent poses an existential threat to free and fair elections in the future.”

ERC slammed the criminalisation of civic work and weaponisation of laws to curtail citizens’ rights and freedoms.