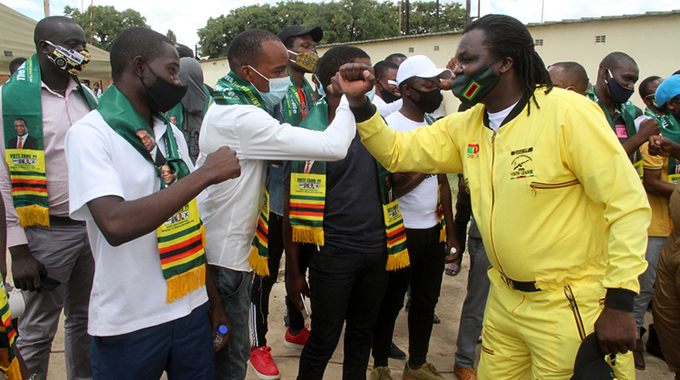 At least 450 Harare youths yesterday officially joined the ruling party ZANU PF, as the party’s youth wing intensified its mobilisation drive ahead of the 2023 harmonised elections.

The youths were recruited through social media campaigns over the last three weeks.

“This was just a reception of a few youths who are joining the people’s party, more are coming, and they were just here so that they get to know their leadership,” said Cde Mahachi.

“We want to acquaint the new members with the party’s structure, from the cell level up to the presidium.”

The Youth League, he said, had realised that there was growing appetite among youths to join the party.

“So the youngsters are important to the party and we will empower them so that they participate in economic and national development of their country.

“We have realised that most youths have become tech-savvy; that is why we used social media campaigns and here we are.

Provincial vice chairperson Cde Golden Mavesere said youths will deliver victory for the party during the next elections.

“The party is built on unity and it is a party that takes care of its youth.

“We will have a day where new members will go through an ideological training about the party, getting them to know the structures and the entire leadership from cells to the presidium,” said Cde Mavesere.

The event was held under strict Covid-19 protocols.