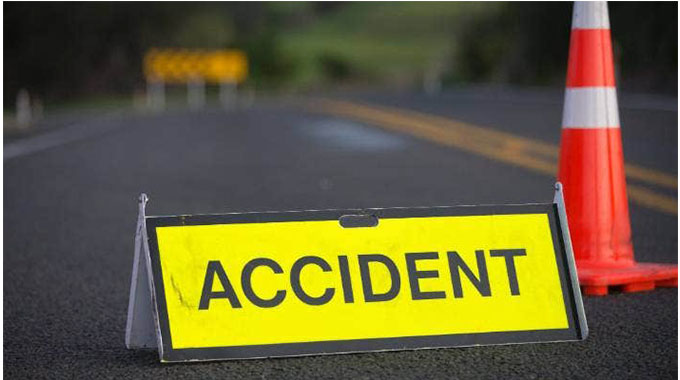 Munyaradzi Musiiwa, Sunday News Reporter
FIVE people, including four members of the same family died in an accident while seven others were seriously injured when a Toyota D4D collided head-on with a Zupco kombi near Josiah Tungamirai Airbase in Gweru on Christmas Day.

A police officer said on approaching the Josiah Tungamirai Airbase, the driver of the Toyota D4D lost control of the vehicle and it swerved to the right, encroaching onto the right lane ahead of an oncoming commuter omnibus resulting in the head-on collision.

The police officer said three people, a conductor from the kombi and two passengers in the Toyota D4D died on the spot while two other passengers died at Gweru Provincial Hospital.

“The accident occurred at around 6am when a Toyota D4D which was going towards Gweru CBD collided with a commuter omnibus which was driving towards Mvuma. It is suspected that the driver of the Toyota D4D lost control of the vehicle and swerved to the right. He encroached onto the right lane ahead of an oncoming commuter omnibus and the two vehicles collided head-on.

Of the five victims, the source said four were from the same family.

“The four who died from the Toyota D4D are members of the same family. They included a woman and her two children and their sister-in-law. Ironically the sister-in-law had just been involved in an accident in Manicaland and they were coming from the scene,” said the source.

“I am not in the office at the moment. I will be able to provide the details and another information tomorrow (today),” he said.