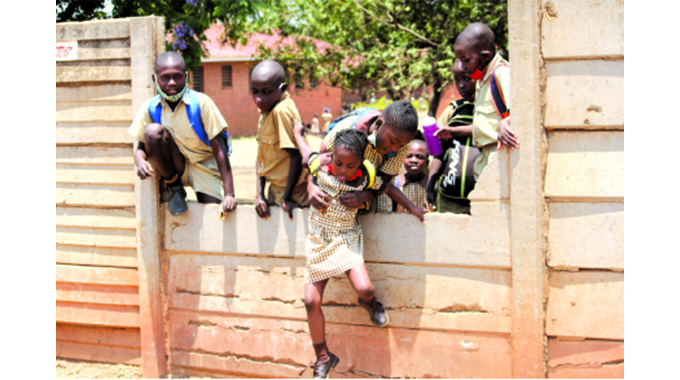 Veronica Gwaze
In the past two months, schools have resumed for both examination and non-examination classes after a six-month hiatus.
It brought relief to parents, most of whom were anxious about the future of their children.
While learning has resumed in earnest, after the hiccup caused by teachers’ strike, parents have been met with outrageous financial demands from some schools.

In addition to charging revised tuition fees and levies, some schools are demanding amounts ranging from US$10 to US$20 as contributions towards a “Personal Protective Equipment (PPE) Fund”.
However, the money is paid directly to the learners’ teachers.

A register of payments is then compiled by every class before it is submitted to the accounts office, where the pooled funds, which are not receipted, are distributed among staff members as an “incentive”.

To make up for lost time, an elaborate crash programme was designed to ensure that various curriculums are covered.
Schools and colleges initially closed on March 24 as Government took precautionary measures to prevent the spread of the virus. 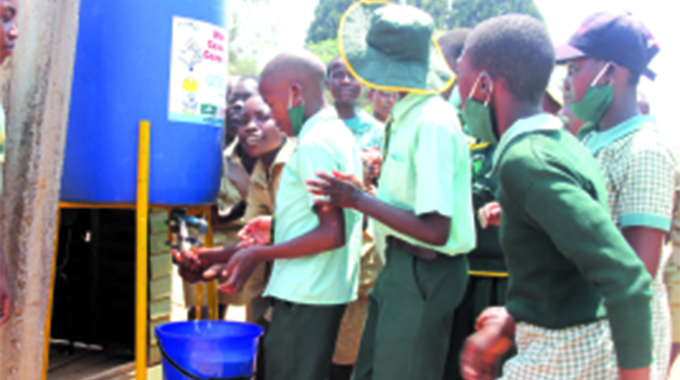 Since classes are not being conducted every day in order to decongest schools, private lessons for learners are being organised and paid for separately.

While some parents agree with the “voluntary” arrangement, which they perceive to be reasonable in the circumstances, it is learners from disadvantaged backgrounds that are being left behind.

“The truth is parents have to pay if learners are to get the best service from us. We cannot ask directly for money from parents, hence we are suggesting things like PPE levies and extra lessons. Every staff member, headmasters included, benefit from these initiatives,” said a teacher from a primary school in one of Harare’s high-density suburbs.

But this is a risky undertaking, which Government deems illegal.
Two teachers from a school in Bulawayo have reportedly been suspended “after being caught offside”.
“Because of (the just-ended) strike, some teachers have not been consistently reporting for duty. We thought they were home awaiting the completion of salary negotiations.

“However, we strangely got complaints from some parents questioning why we gave them short notice for the US$10 payments of PPEs, which prompted us to conduct investigations,” said the headmaster of the Bulawayo-based school.
Primary and Secondary Education Minister Ambassador Cain Mathema said parents who are aware of these activities have to come forward.

“Teachers extorting parents through illegal levies like ‘PPE Fund’ risk losing their jobs and facing jail terms. These reports are disturbing,” said Ambassador Mathema.
“We never agreed to anything of that sort. Government is providing PPEs and there is no reason for schools to be demanding those.
“This is illegal! No school should charge anybody before the (Permanent) Secretary has approved and, as it is, we have not approved anything.
“However, we are saying each parent should provide their child with a mask when he/she is going to school then the Government provides everything else.” 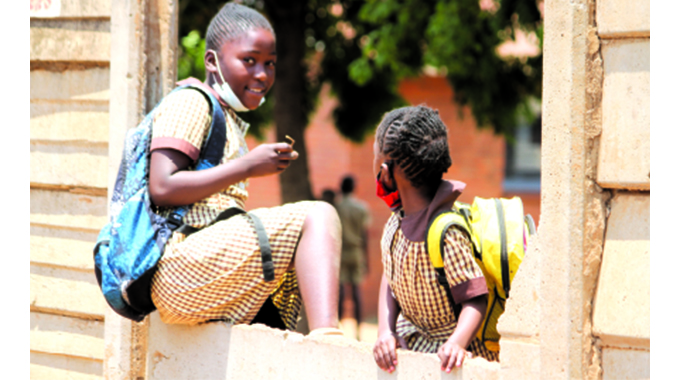 But learners that are failing to pay the “additional” demands are automatically being barred from class.
“I have three learners at school and we struggle to pay school fees because my husband is not formally employed. Where will I get the US$30 (US$10 for each child) to pay for PPE?” queried a parent whose children attend a primary school in Warren Park.
“They gave us a deadline which is end of this week. I fear that my children will be barred from attending lessons afterward. In fact, they have promised to do so.”

Nokulunga Madlathu, a mother of two learners in Form Three and Grade Six, is equally furious.
“Just before schools opened, the boarding school instructed that each learner should pay US$50 which would cater for Covid-19 testing and purchase of PPE.

“It was almost the same case with the primary school, which demanded US$20. This is just too much! Are we even supposed to be paying for the PPE?” she quizzed.
Progressive Teachers’ Union of Zimbabwe (PTUZ) secretary-general Mr Raymond Majongwe is not amused by some of these practices.

“Teachers will certainly smile if they get hard currency payments from Government. However, they have no right to demand cash from parents, especially for PPE that is being provided,” he said.
“Not reporting for duty is unacceptable, as PTUZ we are saying students cannot suffer . . .
“We need to unite and negotiate with the employer because we survive on these salaries. We agreed that the Government should provide PPEs in schools, which I understand they are doing. I am not sure now why they (teachers) are collecting that money.”

“The reason why we asked teachers to go back to work was because we do not want learners to miss out any further.
“Students have been home for long and if we continue to deprive them, then we are further affecting our academic standards as a country.
“Education cannot only be for the rich,” Dr Ndlovu said.
Various school heads confirmed to The Sunday Mail Society that Government is meeting its end of the bargain.
“We are receiving PPE from Government in the promised quantities and to have someone claiming money towards that is extortion,” said a headmaster of a primary school in Braeside.
“There could be criminal elements extorting parents in the name of the school and we are ready to engage the police to look into the issue.”

Extra lessons
Minister Mathema said extra lessons remain banned unless held under special circumstances.
“Schools can only conduct extra lessons with Government approval and under the condition that they do not supersede normal classes or turn into money-spinning ventures.”
Normally, the waiver to conduct extra lessons is obtained after schools submit an application explaining why there is need for extra lessons.
“The school head needs to apply first; after approval, they set dates and time when the lessons will be conducted.
“These lessons should neither interfere with the actual classes nor can they be conducted outside the school premises,” he added.
Currently, the ministry has not received any requests from schools seeking permission to conduct extra lessons.
Parents who register their children for private or extra lessons, he said, risked exposing them to Covid-19.
Minister Mathema said he expected some of the concerns to have been resolved at the recently concluded negotiations.
“When the National Joint Negotiating Council (NJNC), which is the formal platform for negotiation, agrees on salaries, individual unions cannot then come back and try to overturn that.
“Their (teachers) associations agreed and signed and we have actually gotten a letter from zimta, which is the largest union for teachers, suggesting a roadmap for getting teachers back to work.”