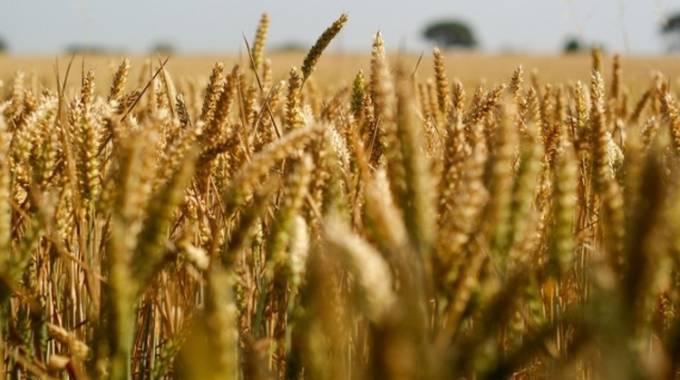 WHEAT deliveries to the Grain Marketing Board (GMB) have risen three-fold to more than 151 000 tonnes this year compared to the 46 000 tonnes delivered by this time last year.

The grain utility is receiving over 4 000 tonnes of the cereal per day, with the parastatal’s depots now operating daily.

Zimbabwe is projected to harvest about 250 000 tonnes of the grain — enough to cover nine months’ supply and save the country at least US$100 million through import substitution.

GMB general manager Mr Rocky Mutenha said: “We have received 151 285 tonnes of wheat and during the same time last year we had received around 46 000 tonnes.”

Separately, Mr Mutenha said the parastatal had requested for logistical support from the Zimbabwe Defence Forces to speed up distribution of inputs under the Climate-Proofed Presidential Inputs Scheme for the 2020/2021 summer cropping season.

“Transport has generally improved. In addition, we have requested the ZDF to assist with the transportation and we are awaiting their response.”

Over 1,8 million farmers, who underwent training through the Pfumvudza Conservation Agriculture Programme, will receive an inputs package of maize, traditional grains and soya seed as well as fertilisers.

Government is targeting over 3, 6 million tonnes of maize from 1,5 million hectares.

Zimbabwe is anticipating a bumper harvest this year due to Government’s concerted support to the agriculture sector and the anticipated normal to above normal rains.

The Meteorological Services Department (MSD) meteorologist Mr James Ngoma told The Sunday Mail that most of the rains this year will be area-specific.

“We are still expecting between normal to above normal rainfall between October and December,” said Mr Ngoma.

“Currently most of our systems have been coming from the west through both Matabeleland provinces into the rest of the country meaning that the western parts of the country could be the first to receive meaningful rains. Farmers dependent on rain-fed agriculture in some parts of the country may require supplementary irrigation because the rains will be area-specific,” he said.