Edcon to up stake in Zim Edgars Stores 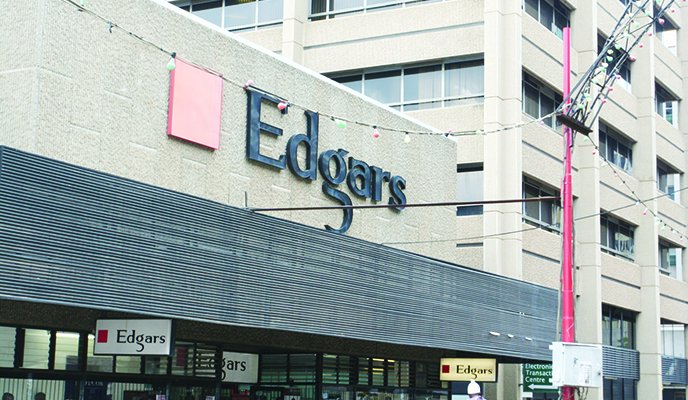 STRUGGLING South African firm, Edcon, is set to increase its shareholding in listed clothing retailer Edgars Stores Limited (EDL) to 41,07% after the conclusion of a transaction which will see the local unit acquire the Edgars and Jet brands.

EDL operates the Jet and Edgars brands and has rights to a number of other Edcon trademarks and brands that are currently dormant in Zimbabwe under a franchise agreement with Edcon.

Edcon, currently holds a 38,07% stake in EDL through its 100% owned Bellfield Limited.

“An opportunity to further lower the company’s operating costs arose when the management team entered into discussions with Edcon regarding the acquisition of the Edgars and Jet brands locally,” EDL chairperson Thembinkosi Sibanda said in a circular to shareholders.

Sibanda said the company had outstanding franchise fees payable to Edcon amounting to approximately $2,1 million, with EDL and Edcon engaged in discussions on how to settle the debt.

“The opportunity to acquire the Jet and Edgars brands (and a number of other Edcon trademarks and brands that include, but are not limited to the Jet, Edgars, Signature, Donatella, Massumi, Stone Harbour, D66, Kelso and ENZO brands), though opportunistic, is in line with the company’s strategic goals of improving its financial performance and represents an opportunity for permanent reduction of operating costs, going forward,” Sibanda said.

“The proposed transaction also provides a unique opportunity to secure local ownership of these strong retail brands that have, and will continue to generate value for all shareholders.”

Edgars and Edcon have agreed to settle the purchase consideration of the franchise brands through the issuing of 15 000 000 Edgars ordinary shares.

“And the final terms were agreed upon after a process of negotiation between representatives of the Edgars and Edcon management teams. The acquisition shares will be issued from the unissued shares currently under the control of directors,” Sibanda added.

The transaction comes at a time when, South African media has been awash with reports that Edcon is facing collapse. The company has, however denied those reports, insisting it was working on a turnaround strategy.

Edcon is said to be in talks with the South African State-owned investment arm, Public Investment Corporation, for a possible bailout estimated at R1,2 billion.

The post Edcon to up stake in Zim Edgars Stores appeared first on NewsDay Zimbabwe.