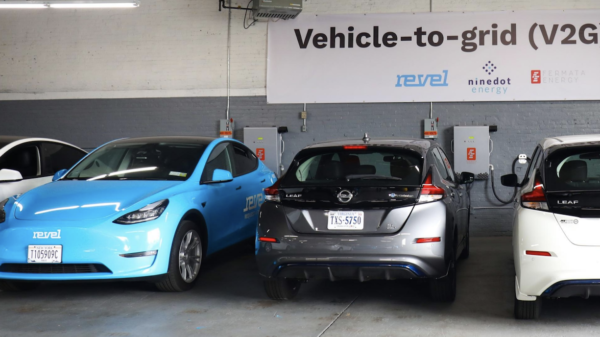 I grew up in Zimbabwe, a landlocked country in southern Africa that relies on imports for all its petrol and diesel requirements. From about the year 2000 or so, I remember there being periodic petrol queues every now and then. Families could spend all day and night, and at times, several days queuing for petrol and diesel.We are now in 2022 and petrol queues still pop up every now end then. The last real shortage was in 2021. I drive electric now, so I am pretty much immune to these situations these days. I didn’t always drive electric and I remember some pretty tough times looking for fuel everywhere and queuing for a very long time. One of the worst experiences one could have was spending all day queuing at a petrol station and then when it’s almost your turn to get to the pump, the service station would run out of fuel. Then you would have to start all over again, calling everyone you know and driving around looking for fuel.These days there are now WhatsApp and Facebook Groups that help members find fuel. Twitter is another popular platform for sharing this kind of information. One of my worst experiences was in the early 2000s before the age of WhatsApp. There was a critical fuel shortage in Harare and petrol stations where not allowed to serve people with jerry cans or other containers. They were only serving the long lines of cars at the petrol stations. My older brother and I had heard there was a petrol station in Rolf Valley that had fuel and that the queue was not so bad. Back then, we had an old 1.5-liter engine petrol Nissan Sunny (popularly known as the Box Sunny here). These were quite popular in Zimbabwe in the late 1980s and early 1990s and they were assembled in Zimbabwe as well. The Nissan Sunny had run out of fuel a few days earlier in Mt Pleasant, about 7 km away from Rolf Valley. Without any social media platforms for fast updates at the time and no access to petrol in a jerry can, we decided to push the Box Sunny from Mt Pleasant to Rolf Valley.The area we were in was pretty flat, but it was still a lot of work for the two us to push it. My older brother was pushing from the side of the driver’s seat so he could steer the car as we pushed. I was pushing from the back of the car. It was quite tough, essentially a long free “gym session.” We just had to push ourselves to get to Borrowdale road, as once we crossed Borrowdale road near Sam Levy’s Village, it was all downhill from there to Rolf Valley. We could then just roll downhill from there. We eventually made it to the petrol station in Rolf Valley and fortunately there was a reasonable queue. After a couple of hours in the queue, we finally filled up the Box Sunny. We were delighted to get fuel to give us some room to go about our business for a few days, until the next episode of petrol queues in Zimbabwe.The fuel problems are much better now, and queues don’t appear as frequently as before, however, the same structural problems still exist. Zimbabwe spends more on imports than it earns from exports. Every year its spends over a billion USD of its scarce foreign currency to essentially just burn in internal combustion engine vehicles.According to the latest statistics released by the Zimbabwe National Statistics Agency (ZIMSTAT) for the month of July, Zimbabwe’s major imports remained mineral fuels and mineral oil products, which stood at 19.2%. This was pretty much the same as in June where they contributed 20% of total imports. One of the major imports in July was motor vehicles at 10.3%. So effectively, 30% of the monthly import bill goes to motor vehicles and the petrol and diesel to fuel them. So, essentially a third of the import bill is just to import the cars, import the fuel, and just burn it very inefficiently.The internal combustion engine (ICE) literally burns fossil fuels and then emits some harmful gases. In doing all that, it is only about 13% efficient. Accelerating the transition to electric mobility could really help reduce Zimbabwe’s import bill. 19% of the roughly US$700 million July import bill alone is $133 million. It would be much better for Zimbabwe to quickly incentivize the import of EVs (initially) and then move quickly to local assembly and manufacturing. This would save some of the scarce foreign currency by substituting a good portion of petrol and diesel imports with locally generated electricity and even distributed solar to charge EVs.