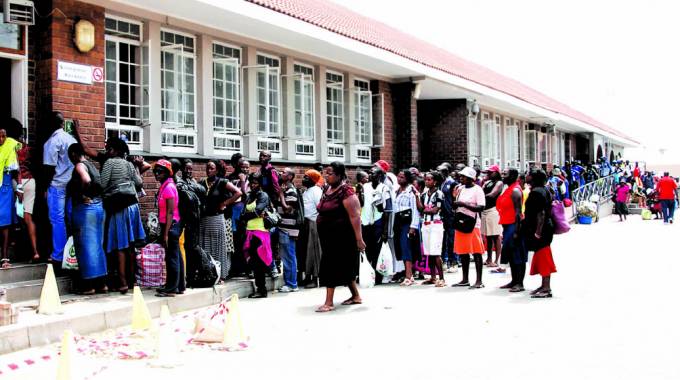 THE swelling number of travellers using fake Covid-19 test certificates or illegal entry points into the country has created angst among authorities.

The sad development is countering measures put in place to curb the spread of coronavirus.

Local Covid-19 cases continue to spike with at least 11 081 confirmed cases and 305 deaths having been recorded by Thursday last week.

However, there are genuine fears the figures could continue to soar as more Zimbabweans based in the Diaspora return home for the festive season.

This follows the reopening of the country’s ports of entry to passenger traffic on December 1, some eight months after the Covid-19-induced lockdown began.

Prior to this, only commercial cargo, diplomats on Government business and returning residents were allowed free passage.

Border posts that have been opened include Beitbridge, Forbes, Chirundu, Kariba, Victoria Falls, Kazungula and Nyamapanda.

But, the development has created a serious fix for both Government and the public.

On December3, the Zimbabwe Republic Police (ZRP) busted a duo that was involved in the manufacture of fake Covid-19 certificates at Chirundu Border Post.

Freddy Katamanga and Simbarashe Tsetse were arrested after being found in possession of over 300 stamped blank fake Covid-19 certificates and some testing equipment. 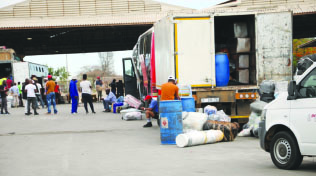 International Cross-Border Traders Association president Mr Denis Juru reports that close to 1 000 Zimbabweans have been turned away at Beitbridge and Plumtree Border Posts for failure to produce authentic Covid-19 clearance certificates since the ports of entry reopened.

“What is happening at the borders is sad. There is a need for the establishment of more testing centres and adjustment of testing fees so that people travel swiftly.

“For those who can afford to get tested at the approved centres, they have to wait for hours if not days to get their results which becomes a burden for someone who is travelling,” notes Mr Juru.

According to Zimbabwe’s Covid-19 health protocols, a traveller requires a valid health certificate that must have been issued not more than 48 hours prior to the date of travel.

The same certificate is required on the other side of the border where the majority of neighbouring countries demand that inbound travellers should have been cleared of Covid-19, at most, 72 hours before they travel. 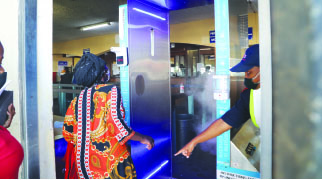 However, a genuine Covid-19 test certificate that is obtained after a polymerase chain reaction (PCR) test is priced beyond the reach of many.

Approved and reputable centres are charging between US$50 and US$85 for the test.

Also, Government institutions that are either offering the service for free or at a reasonable price are taking long for one to be assisted due to overwhelming demand for the service.

Consequently, priority in public health institutions is being given to suspected Covid-19 patients rather than those that intend to travel.

As a result, most travellers have resorted to taking ‘shortcuts’ in the quest to reconnect with their loved ones.

Some are obtaining fake Covid-19 test certificates for as low as US$15 or equivalent, while others have opted for border jumping to avoid standard procedure.

Sadly, this poses a serious risk to communities.

Most of the people that are evading tests may actually be positive considering the soaring cases of new infections abroad.

For instance, South Africa, where most locals are based, by Thursday last week had recorded close to 830 000 new cases and over 22 000 deaths.

“We have been receiving reports with regards to the issue of fake health certificates and we have met as a command centre to discuss how best we can tackle this challenge,” said Chief co-ordinator for the national response to the Covid-19 pandemic in the Office of the President and Cabinet, Dr Agnes Mahomva.

“We have since sent out a team on the ground to monitor the situation. We are working closely with relevant authorities and anyone caught on the wrong side will face the law.”

“Only Beitbridge District Hospital is cleared by the Ministry of Health and Child Care to conduct the PCR tests in this town. However, we have some people that are bringing certificates issued by local clinics,” notes Dr Samhere.

“We are on high alert for bogus laboratories and conmen that are manufacturing fake health documents. At one point, some travellers were producing PCR test results from the district hospital, Beitbridge, when the test machines had in actual fact not been functioning for a while.”

Dr Samhere urged the public to be cautious and follow proper channels to avoid losing their hard-earned cash to fraudsters.

Any laboratory or centre that wishes to conduct PCR tests should first be cleared by the Ministry of Health and Child Care.

Similarly, authorities in South Africa and Zimbabwe have exchanged details of laboratories that are mandated to issue the certificates.

“We agreed in principle with our counterparts at the South African border post to exchange a list of approved or registered laboratories which offer PCR tests.

“Hundreds of travellers have been turned away for using results from rapid or antigen tests as we screen travellers based on PCR results and not any other tests. People should not lose their money to bogus dealers,” warned Dr Samhere.

With the festive season now in full swing, most companies are going on annual shut down.

Ordinarily, this would mean several people crossing borders to reconnect with their loved ones.

But that is not the case this time around.

The numbers have remained subdued with at least 3 000 travellers being cleared every day at Beitbridge Border Post.

“The human flow is still below the average compared to what we usually get around this period in previous years which is obviously due to the Covid-19 outbreak.

“In previous years, around this time, we cleared an average of 18 000 travellers but this year it is different although we still expect a slight spike in the coming week (this week) when most companies will have closed for the festive season,” said Assistant Regional Immigration Officer Mrs Memory Mugwagwa.

Chivhu-born and bred Vanessa Chiname, who is now based in South Africa, decided to cancel her annual trip back home.

She failed to raise 1 500 rands required for the PCR test.

“I have worked in South Africa for the past four years and have never failed to travel back home for major holidays like Christmas. However, I will not be able to do so this time around because of the Covid-19 pandemic,” she said from her South Africa base.

“I cannot afford to pay for the PCR tests or even try to use the illegal route as I will be putting my family at great risk. There is always next time! Hopefully the pandemic will sooner rather than later be a thing of the past.”

But not everyone is considerate.

“I paid a guy called Mehluli US$25 at the Beitbridge border post to get a PCR test certificate and it worked. I was referred to him by a colleague. I could not afford to spend the festive season away from my family,” said a gangly lad who only identified himself as Mike.

One of the fake health certificate manufacturers, Clive (full name withheld), who is based in the Avenues area in Harare, claimed to have operations in Beitbridge, Chirundu and Nyamapanda.

“The tests are being conducted for US$15, but it is exclusive for our members only. We felt there was a need for us as an association to assist our members.

“They are supposed to cross the border(s) nearly every week yet they cannot afford private hospital charges let alone spend days at public hospitals waiting to get tested. Under the arrangement, they meet part of the cost and the association covers the difference,” said Mr Zivhu.