A stitch in time for troubled SMEs 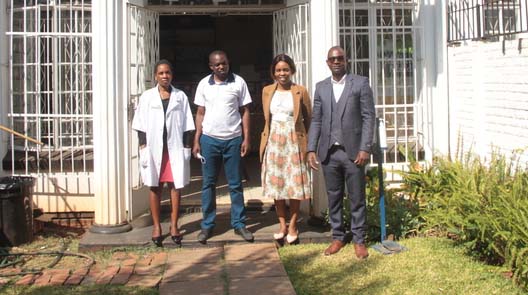 WHEN the coronavirus pandemic came into our lives, together with the subsequent lockdowns, Mr Charles Machaya Nevanji and his business partner Mr William Mamunga had an immediate concern.

Their pharmacy was going to take a knock as movements were restricted.

Faced with a novel situation, few knew how to react.

The best option was to stay indoors and try to ride out the storm.

For the duo — who run three outlets under Transmed Pharmacies, which was formed in Chitungwiza in 2011 — this translated to subdued sales.

Their branch in the Avenues took a serious hit as the capital city was deserted.

The Chitungwiza and Nkulumane branches were also not performing well.

“Most of our clients use medical aid, and this means that for them to be able to make purchases, there had to use the biometric facility, which demanded physical interaction. It was nearly impossible during the early lockdown days and we lost many sales,” said Mr Nevanji.

“We had tried to engage banks, but some of them had stringent conditions, even with security, plus their loans were expensive. There was a lot of reluctance to lend in the market and it was a difficult time for us.”

He, however, later learnt from an acquaintance how he could save his business.

“A friend told me about the Small and Medium Enterprises Development Corporation (SMEDCO). I had my doubts after my experiences with other large institutions, but I gave it a try because I was in real need.”

SMEDCO is a parastatal under the Ministry of Women Affairs, Community and Small and Medium Enterprises Development. It helps capacitate small and medium-sized businesses with short-to mideum-term financing.

“When I reached out to SMEDCO, they assigned an officer who assisted us with the application process. For a quasi-Government organisation, I did not expect the efficiency I was met with, given the past bureaucracy and red tape associated with such institutions. In about three days after we kicked off the application process, the funds had been sent to us,” added Mr Nevanji.

His business is among the 219 SMEs that received support from the public entity in 2020 to help them weather the fallout from the pandemic.

“The money came at a time when we wanted to rebrand. With rebranding, you are changing a lot of things: the corporate colours, services, graphics, product range and outlook, among other things. It was an expensive exercise. We also had to double our inventory, something which required a lot of money, and we managed to do it all with the money we received.”

Even after rebranding from MedExpress DTM to Transmed Pharmacies, they still had other bills to pay. The business employs 16 people at its Avenues (Harare), Chitungwiza and Nkulumane Four (Bulawayo) branches.

It now feels well-positioned for growth.

“We are going to be opening another branch soon. We had grown to four, but we downsized due to some reasons, and we want to work our way back up,” said an upbeat Mr Nevanji.

However, for him and his partner Mr Mamunga, it was not the first time to get Government assistance.

“In January 2019, when there were disturbances, our pharmacy in Nkulumane Four was looted. We lost everything and the Government came to our assistance with funds. One of our largest wholesalers, Pulse Pharmaceuticals, also come to our rescue.”

The assistance means the world to the young entrepreneurs — both aged 38 — who took a chance and pooled resources to start their enterprise.

“We started this business as a joint venture. We realised the power of pooling resources. We started with one pharmacy, which I operated; we opened another in Bulawayo in 2012 and the Avenues one in 2015.”

Their journey has had its fair share of challenges. Having grown up in Gutu, Mr Nevanji hopes the current recovery is sustained so that they can continue helping out learners from disadvantaged backgrounds. Even when the chips were down, they tried to ensure their corporate social responsibility programmes remained alive.

“As a business, we have always tried to help when we can. We are in the process of raising funds for Chivara Secondary School, where their girls’ ablution block was affected by a hailstorm. We are mobilising our corporate friends to ensure that when the second term resumes, they have comfortable facilities.”

The safety net created by institutions such as SMEDCO is precisely what Government envisioned when it set aside $500 million for SMES under the Economic Recovery and Stimulus Package, which was launched in May last year.

The funds have assisted small businesses limp through a difficult phase, saving thousands of jobs in the process.