A woman’s plight in losing a child to kidnappers

Source: A woman’s plight in losing a child to kidnappers | Herald (Top Stories) 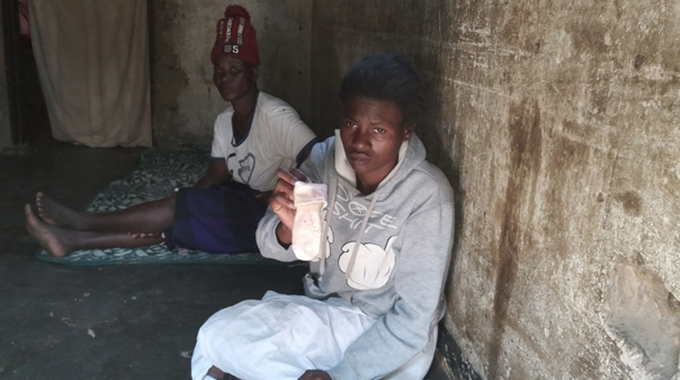 Ms Nyanhere showing a sock belonging to her child which she discovered near her house.

LAST Saturday night, Ms Vicky Nhanhete, left her three minor children sleeping in their single-room lodgings in Chinhoyi, for a local drinking spot, where she dabbles in sex work.

As per her routine, Nyanhete (27) breastfed her two-months-old daughter and left her asleep with her two siblings and secured the door. At about 1AM, she returned home with her overnight client, only to find the toddler missing and the other children shaken.

A man, reported the children, had forcibly opened the door and snatched the baby, before threatening to knife them if they screamed. She reported the matter herself to Cherima police base in Chikonohono high-density suburb less than an hour after the alleged kidnapping and Nyanhete and her roommate, Lyda Kashambwa (34) ended up spending three nights in police cells as key suspects.

They were later freed on Wednesday by the courts due to lack of evidence.

According to police spokesperson, Assistant Commissioner Nyathi, the child has not yet been found.

The dejected mother of three, including the kidnapped toddler, Dadirai Seremwe, yesterday narrated her ordeal.

“Upon returning with a client that I had charged $2 000 for the night, I looked for my child that I had left asleep with her other siblings but to no avail. I asked the other housemates if they had seen my child to which all professed ignorance,” she said.

“My roommate, who is also a hooker and had left for home before me, also professed ignorance. We then went to Cherima Police Base where we were told not to panic as the officers on duty believed my child could have been taken by one of the housemates.”

At dawn, she said, Dadirai could not be located and after several attempts including the toddler’s biological father who stays in Trelawney, Zvimba, the depressed mother went back to the police to seek further assistance.

The child’s physical identification is now a mammoth task to achieve as a memory card that contained the pictures was stolen four days before the incident.

She however suspects that the kidnapper might be someone who knows her daily routine and had tracked her movements the day in question.

Ms Nyanhete’s firstborn Tehila (7) who was left babysitting her kidnapped toddler, her four-year-old young sister and Kashambwa’s child said a man cladding white trousers and a black T-shirt, budged into the house and grabbed the toddler before threatening to slit her throat if she screamed for help.

Tehila, the only key witness to the sad development however physically identified the intruder as someone she has come across several times although she does not know the name.

“The man got in and grabbed my sister and when I tried to call for help, he pointed a knife at me and threatened to kill me before ordering me to cover my head with a blanket as he left.

“There were some people that were speaking outside and sounded like women,” she said.

Kashambwa, the roommate has been Nyanhete’s soul comforter since the day of the incident and has provided support including seeking spiritual intervention from prophets on the outskirts of the town along Chinhoyi-Chegutu highway.

“I don’t have any problems with anyone and survive through sex work to support my children. I’m just hoping to be reunited with my child as prophets are assuring me of her safety,” said Nyanhete.

Despite going through the hardships of losing her child, some prophets have since taken advantage of the situation by requesting money to speed up the process.

Desperate as she is, Nyanhete has since started asking for financial assistance from well-wishers so that the prophets perform miracles and have the child back.