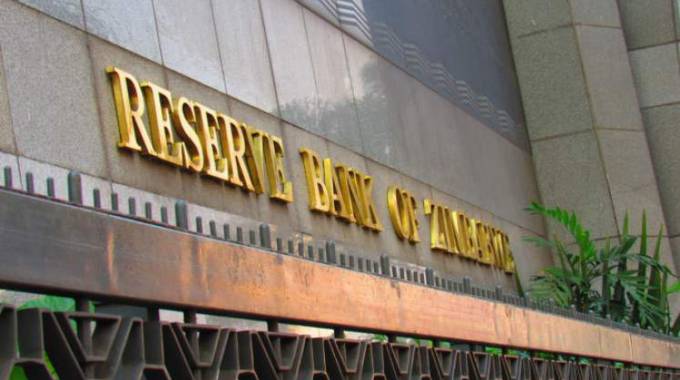 The decision by the Financial Intelligence Unit (FIU) to freeze accounts and put limits on payment systems — EcoCash and ZIPIT — on suspicion that they are being misused primarily for illicit foreign currency transactions should have been done a long time ago, in terms of the law.

In fact, monitoring, investigating and putting a stop to transactions that are illicit should be an ongoing process and is the sole reason the FIU was established.

The FIU was established in 2004 in terms of Section 3 of the Bank Use Promotion and Suppression of Money Laundering Act [Chapter 24:24].

The unit bears the primary responsibility of ensuring anti-money laundering/combating the financing of terrorism (AML/CFT) compliance.

Over the years, in particular the last two years, the FIU has been found wanting as illicit foreign currency transactions have been taking place unabated, even in broad daylight.

If the FIU had been vigilant and doing its work by the book, probably the local currency would not have been decimated as it has been now, trading at approximately 70 times to the US dollar on the parallel market.

These illicit financial transactions should have been nipped in the bud at the very beginning.

That more than 1000 lines on the mobile money platform EcoCash are lacking proper Know Your Customer (KYC) records — according to the FIU in its letter to Ecocash CEO Natalie Jabangwe — does not only reflect badly on the latter, but the FIU as well.

That the ZIPIT system is also said to have KYC shortcomings that make it difficult for banks, regulators and law enforcement agencies to speedily identify counter parties to a transaction or to identify multi-banked users also reflects badly on both the administrators of the platform and the FIU.

The ZIPIT platform is not new, and its shortcomings should have been identified at the beginning before loopholes were exploited by illegal foreign currency traders.

In its strategic plan for 2015-2020, the FIU had planned to increase the effectiveness of the legislation to combat money laundering and financing of terrorism.

It also planned to “increase the effectiveness of the country’s AML/CFT systems to detect, investigate and prosecute cases of money laundering, related to predicate offences and financing of terrorism”.

To increase the country’s effectiveness in identifying  and confiscating proceeds and instrumentalities of crime and funds related to financing of terrorism, was also part of the strategic objectives.

However, we have gone through the past few years without much evidence that something was being done.

Just like in 2016, when the Eastern and Southern Africa Anti-Money Laundering Group (ESAAMLG), in its Mutual Evaluation Report on Zimbabwe, said there has not been any freezing or confiscation of property specific to ML or TF undertaken in Zimbabwe, the situation is still the same aside from a few cases when accounts were frozen.

“In general, there is very little appetite in Zimbabwe to apply the freezing and confiscation measures, even in the face of the high number of statistics or information on investigation and prosecution of predicate crimes,” reads part of the evaluation report.

Investigating and prosecuting cases of money laundering should be a regular exercise, otherwise doing it later on might be a little too late.

Given the deep-rooted nature of illicit foreign currency transactions, the latest measures by the FIU might be found wanting and might not achieve the desired results.

After the closure of some EcoCash agent lines, there was a significant shift of transaction values from
the EcoCash platform to the RTGS platform, including ZIPIT.

By volume, mobile money transactions came down to 86,4 percent from 88,3 percent.

However, the decline in transaction on the mobile money platforms did not result in a slowdown of the exchange rate.

When the mobile platform lines were closed, the exchange rate continued to rally unabated, moving from 60 to above 70 within a very short space.

The FIU seems to have realised that and has now included in its investigations the ZIPIT platform.

“Until such time when adequate safeguards are built into the ZIPIT system to minimise the money laundering risk, Zimswitch is directed to implement, with immediate effect, daily and monthly ZIPIT limits of $20 000 and $100 000, respectively,” reads the FIU letter to Zimswitch Technologies chief executive officer Cyril Nyatsanza.

In essence, the FIU has narrowed illicit trading of foreign currency, in large amounts, to the RTGS platform, which hopefully can be easily monitored and any illicit foreign currency transactions identified.

The new measures should hopefully be able to push more foreign currency transactions to the formal market.

That, however, is going to be a huge task given the exchange rate is now pegged at a value the market does not believe is the right one.

There is a risk that new ways of trading foreign currency might be devised to circumvent the formal system.

There are already reports that big companies now pay for each other’s local transactions in exchange for foreign payments at the going parallel market rate.

For example, company A commits to meet foreign obligations for company B, while company B meets company A’s local obligations at an agreed exchange rate.

Another issue that needs to be looked at is that of money supply.

It is a known fact that the money supply in the economy is too high, and with little production taking place in the country, that money is looking for a home in either foreign currency or imported products.

This is the major reason the exchange rate is rallying, leading to the Zimbabwe dollar’s depreciation.

As money supply in the economy increases, so will the demand for goods and services, which unfortunately cannot be found locally and needs to be imported.

Without resolving money supply issues, and putting in place policies that encourage local production, the issue of currency will remain a thorny one.

For as long as the foreign component is high in the production and provision of goods and services, demand for foreign currency and the associated instability will remain elevated.

The limits that have been placed on ZIPIT and EcoCash will also mean demand for the local currency will increase.

At the moment, the level of Zimbabwe dollars — at less than 5 percent compared to the international benchmark of between 10 and 15 percent — is low.

Unless the central bank injects a little bit more than planned, consumers are likely to be asked to pay a much higher premium to access cash.

However, the FIU, with the help of law enforcement agencies, should step up and make sure practices of selling cash are curbed.

The Bank Use Promotion Act, which compels traders to deposit in an account with a financial institution no later than the close of normal business hours on the day following that on which the cash is received or on the next banking day, should be enforced religiously.

If it means capacitating the FIU, so be it.

This will ensure cash circulates within the economy and those formally employed will access it from banks without being compelled to pay premiums by illegal currency dealers.

The bottom line in all this is that it is the collective responsibility of citizens and all economic agents to engage in activities that only encourage the stability of the economy.

How Flooding Impacts Poverty in Zimbabwe