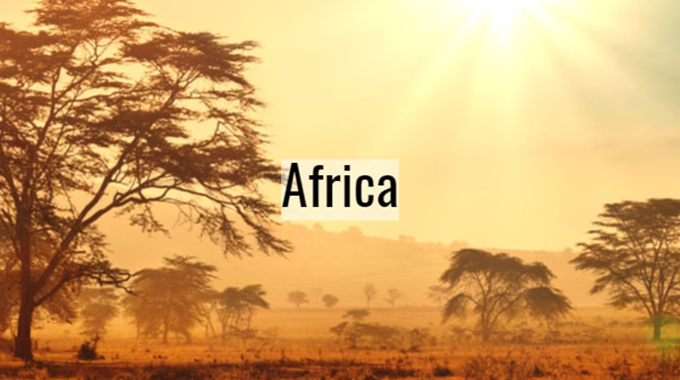 In addition, the workshop sought to raise awareness on the benefits of private sector engagement in all climate actions.

NDCs are country commitments to mitigate climate change which should be achieved by 2030 under the Paris Agreement.

The agreement makes provisions to track collective progress in making these mitigation contributions through the Transparency Framework, Compliance Framework and the Global Stock Take which starts from 2023 and every 5 years thereafter.

There is a massive demand for climate-related finance in Africa to help mitigate against the impact of climate on the poor on the continent.

Funds are available, but most African countries are failing to tap on the funds mainly because many of the projects are not bankable.

In addition, they cannot get off the ground because of poor of lack of expertise to develop proposals and coordinate the mobilisation of resources by most African countries.

Bankability refers to the ability to obtain project finance.

“If a project is deemed neither bankable nor investible, it means banks will not lend and investors will not put in the money, as they cannot get back sufficient returns within a reasonable timeframe, or the risks are just too high,” noted one Harare-based economist.

In view of these gaps, Zimbabwe and its partners organised the Green Climate Finance workshop to strengthen the capacity of AU members to mobilise resources, sharpen proposal writing skills, strengthen engagement with the private sector as well as cooperation among the countries.

“Participants appreciated the trainings as it enhanced their capacities to mobilise the necessary funding for NDC mitigation contribution.

“For example, Zimbabwe would need to invest in renewable energy, energy efficiency and climate-smart agriculture. It empowered many of the participants in terms of unlocking green climate finance.”

Ndidzano said most participants were exposed to other financing mechanisms for climate change in addition to the Green Climate Fund (GCF) and the Global Environment Fund (GEF) as well as the African Development Bank’s Africa Climate Change Fund and Green Sovereign Bonds issued in countries like Nigeria.

Key recommendations that were made at the Harare training included:

Skills were also imparted on how to access finance for climate action, with a focus on identifying good practices derived from national and international experience.

The workshop also tackled some of the complexities which include challenges associated with making bankable adaptation project proposals, cumbersome application processes and procedures, demanding fiduciary requirements, and limited information about existing resources.

“There is not enough knowledge about what constitutes climate and green finance, and options for investments in climate change-related portfolios and green sectors . . . in addition there is also need to increase awareness on the benefits of private sector engagement in climate actions,” added Harsen Nyambe Nyambe, head of environment, climate change, water and land management at the AUC.

The country ratified the United Nations Framework Convention on Climate Change in 1992, committed to deal with climate change based on the principles of the convention, including protecting the climate system for the benefit of present and future generations on the basis of equity and common, but differentiated responsibilities and respective capabilities in light of national circumstances.

The countries are particularly vulnerable to climate change because of high dependence on rain-fed agriculture.

The damaging effects of climate change are now playing out, pushing the majority of the poor into extreme poverty.

This year, Tropical Cyclone Idai brought heavy rainfall and strong winds to Malawi, Mozambique and Zimbabwe between March 5 and 19, 2019, causing severe flooding which led to loss of lives, destruction of infrastructure, disruption of livelihoods and destruction of crops.

It is estimated that close to 780 000ha of croplands in the three countries were destroyed by the cyclone, with the majority of this area being in Mozambique.

Dams and wells were also damaged, and livestock were washed away.

All this flagged a set of climate hazards that were now hitting Zimbabwe and most other African countries.

These are marked out by poor and erratic seasonal rainfall, mid-season dry spells and early cessation of rain, coupled with devastating cyclones.

Most African countries are now working fiercely to address climate change and access to climate finance despite facing numerous constraints.

They are supporting low carbon and climate-resilient development measures through domestic financing by national budget allocations, the establishment of national climate funds and partnerships with local private sector, civil society and local authorities.

Many African countries too, are also looking to improve access to international climate finance sources such as the Green Climate Fund which has allocated half of its USD $4.6 billion global portfolio to African climate projects.