Opposition MDC Alliance leader Nelson Chamisa has slammed Africa’s electoral system as a “big circus if not an embarrassment to the continent”, hence the recurrence of disputed polls. 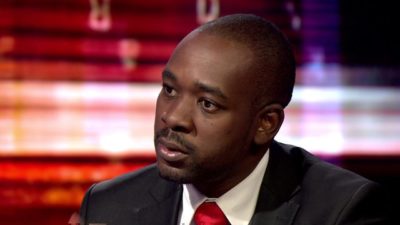 In his 50th Africa Day celebration statement yesterday, Chamisa said the continent was failing to go beyond leaders’ rhetoric because of the “big brother” syndrome, corruption, governance crisis and what he termed “inability to think beyond subsistence and clientalism”.

“With the latest electoral skulduggery and shenanigans on the African continent, electoral politics make Africa a big circus if not an embarrassment. On this day, many African countries celebrate the hard-fought achievement of freedom and independence,” Chamisa, who narrowly lost to President Emmerson Mnangagwa in the disputed 2018 presidential poll, said.

He has refused to recognise Mnangagwa’s presidency, accusing him of conniving with the Zimbabwe Electoral Commission and Constitutional Court to deny him victory.

“As we commemorate Africa Day through formal gatherings, panel discussions, street marches, great speeches by political and social leaders, special university lectures and rallies, we need to pause and reflect in order to give a fuller meaning to this historic day.”

“It is vital to locate what the problem of Africa is. The problem with Africa is principally a problem or crisis of governance and leadership. The crisis articulates itself in the failure of Africa’s leaders to rise up to the rectitude of accountability and yardstick of probity,” Chamisa said.

The MDC Alliance leader said parasitic elites were in charge of racketeering activities for personal gain at the expense of the poor citizens.

“We have the twin evils of big men syndrome and neo-patrimonialism and corrupt kleptocracy.

Parasitic elites are in charge of rent-seeking and racketeering activities for personal aggrandisement to the detriment of the common good and common citizen,” he said.

“The story of strong men as opposed to strong institutions tells a story of African leadership from Cape to Cairo and East to the West of our great continent. Africa is burdened by disease and poverty. The poverty in Africa is the poverty of leadership. The scarcity on our continent is the scarcity of vision and love.”

Chamisa said it was time Africa moved from liberators to democrats, modernisers and transformers to stand up and rescue the continent from the jaws of tyranny, hopelessness, barbarism and backwardness.

“We owe it to our past heroes and posterity to protect and crusade the ideals of social justice, an abiding culture of human rights and a gratifying social order. As we honour the traditions and legacy of our predecessors, we need a generation that thinks beyond their time. Visionaries in the mould of Kwame Nkrumah, Marcus Garvey, Joshua Nkomo, Herbert Chitepo and Julius Nyerere to mention but a few and a generation that inspires innovation and the unleashing of the fullest potential of our best talents.”

“With our great natural resources and mines, we need great minds to build great industries and factories. We must create profit out of the great climate we have, the great soils, flora and fauna. We also have great people — the population dividend.”