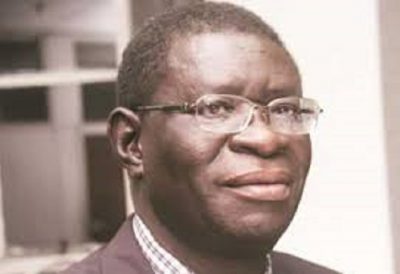 ATTORNEY-GENERAL Prince Machaya has said the extension of Chief Justice Luke Malaba’s term by five years after the signing of Constitutional Amendment (No 2) Bill into law was constitutional.

Machaya was responding to a High Court application by Young Lawyers Association who were seeking to overturn President Emmerson Mnangagwa’s extension of Justice Malaba’s term on the basis that procedure leading to the enactment of Constitutional Amendment (No 2) Bill into law.

In the High Court application, the Young Lawyers Association cited the Judicial Service Commission, Justice Malaba and Machaya as respondents.

Young Lawyers Association leader and war veteran Frederick Mutanda, who is the second applicant, said the reappointment of Justice Malaba would plunge the country into a constitutional crisis.

Machaya said the causes of action established in the relief sought are clearly matters of law which are best dealt with in heads of arguments.

Machaya added: “A term limit provision within the Constitution is provided for in period-specific language with respect to the applicable public office  and has no bearing whatsoever on age qualification for assumption  of public  office or the age at which an incumbent must retire from public office.

“First applicant’s assumption is, therefore, unsustainable upon proper reading and construction as a whole. Accordingly, there is nothing to prevent second responded from benefiting  from the provisions of the Constitutional Amendment if he meets the conditions prescribed for him to continue  serving as chief justice between the ages of 70 years and 75 years.”

Machaya said the Young Lawyers Association clearly assumed that there was a Constitutional Court in existence at the time that Justice Malaba was appointed a judge of the Supreme Court.

The extension follows a constitutional amendment rushed through Parliament by the ruling Zanu PF party which gave Mnangagwa authority to unilaterally appoint judges and extend their terms of office. Mnangagwa signed the Constitutional Amendment (No 2) Bill into law last Friday.