AG throws Mnangagwa under the bus 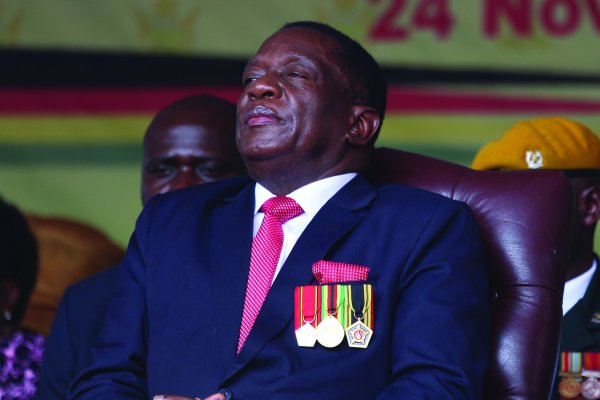 Zimbabwe’s Attorney-General and the government’s principal legal adviser, Prince Machaya, yesterday threw President Emmerson Mnangagwa under the bus when he told the commission of inquiry into the August 1 post-election violence that it could only have been the President who deployed gun-totting soldiers onto the streets of Harare that allegedly ended up killing six civilians.

Giving evidence before the commission, which is chaired by former South African President Kgalema Motlanthe, Machaya said in line with the Constitution, even if read with other laws, the Defence minister cannot deploy soldiers without a direct order from the President.

“The Minister of Defence will always be aware of the provisions of the Constitution, which stipulate how the deployment of the army is carried out, so there is not likely to be any confusion in his mind as to the nature of the authority that is required, which is that only the President can deploy the army.”

Machaya also noted that soldiers deployed to quell internal strife were supposed to be subject to the control and command of the police, and not subject to any military command.

The National Reaction Force, which responded to the police request, according to testimony presented to the commission, unleashed 62 soldiers brandishing AK-47 assault rifles to subdue demonstrations, and did not submit to the command of the police, but received their orders direct, from Presidential Guard commander Brigadier General Anselem Nhamo Sanyatwe.

Sanyatwe told the commission last week that he took his orders from the Joint Operations Command (JOC).

The military allegedly killed six people, while another was trampled to death during the melee that followed the shootings, as people sought to escape the mayhem, with scores left nursing bullet wounds.

The Motlanthe commission is, among other issues, supposed to establish who was behind the violent demonstrations and the circumstances under which the military got involved.

Sanyatwe told the commission that his soldiers did not shoot at protesters and speculated that civilians could have been shot by pistols by the militarised youth wing of the opposition MDC, the Vanguard, before soldiers arrived on the scene.

But the MDC denied the claims, saying the Vanguard was disbanded early this year and that it was not militarised.

Maynard Manyowa, a journalist who gave evidence, however, said he saw one person who was shot dead after members of the military had already been deployed.

He, however, said at the time of the shooting, he did not see any soldiers nearby.

Manyowa said soldiers came in when protesters had turned violent and had disabled the police anti-riot water canon tank with one blow of a brick launched by a protester.

Simeon Chipokosa, a 19-year-old teenager who was shot in the leg while fleeing from soldiers who had ordered them to disembark from a commuter omnibus along with his mother, recounted his ordeal to the commission.

He said he still had a bullet lodged in his leg and it was not clear if it would be possible for the bullet to be removed.

Presenting evidence before the commission, human rights lawyer Mordecai Mahlangu of the Zimbabwe Lawyers for Human Rights, said the organisation was worried about the setting up of the commission to investigate purely criminal matters, which should have been dealt with through crime courts.

Mahlangu also noted that given the circumstantial evidence presented before the commission, it would be safe to conclude that members of the army shot and killed unarmed civilians on the streets of Harare.

The hearings continue on Monday, when MDC leader Nelson Chamisa and his party’s national vice-chairman Tendai Biti are expected to appear before the commission.

The post AG throws Mnangagwa under the bus appeared first on NewsDay Zimbabwe.