FORMER National Social Security Authority (Nssa) chairperson Robin Vela is to institute legal action and report international auditing firm BDO to the Financial Reporting Council in the UK and the Belgian Accounting Standards Board over its conduct in Africa. 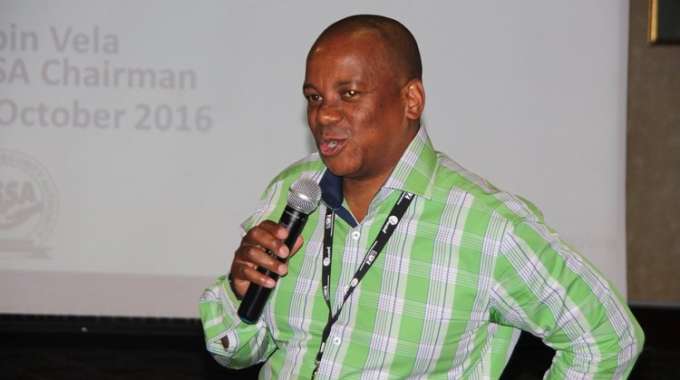 Vela also intends to sue BDO for defamation in the UK after it declined to disassociate itself from its Zimbabwean affiliate, BDO Zimbabwe Chartered Accountants.

BDO Zimbabwe was founded by a leading South Africa forensic investigation firm to have authored a forensic audit report which was littered with irregularities and fell far short of global auditing standards.

Vela’s campaign for a level playing field follows adverse findings and conclusions relating to himself and others in a now-discredited BDO report into Nssa between January 1, 2015, and February 28, 2018, commissioned by Zimbabwe’s Auditor-General Mildred Chiri.

In June this year, the Zimbabwe High Court slammed the BDO report as biased, malicious, inaccurate, untrue and incompetent.

This month, Nexus Forensic Services — South Africa’s preeminent forensic investigation firm — found that the forensic audit carried out by BDO Zimbabwe did not meet international forensic industry standards. It also said the audit was biased and had not been conducted with professional competence.

Vela had approached Nexus for an analysis of the BDO report as part of his one-man campaign to get BDO to ensure its affiliates adhere to the same stringent global standards when carrying out work across the world.

Vela is pursuing several actions against BDO, which he asserts have provided international credibility to BDO Zimbabwe Chartered Accountants and the forensic audit report into Nssa.

“If it wasn’t a BDO badged report, people would — as the Zimbabwe High Court and Nexus have done — dismiss it as not being worthy of the paper it was written on. But because it contains the stamp of BDO, this implies that BDO International processes, standards and qualified personnel were engaged and applied. This could not be further from reality in my case,” Vela said in a statement on Wednesday.

Vela said BDO has a duty of care to ensure that all its affiliates, regardless of where they are based, adhere to the same global accounting and auditing standards.

“In fact, what the events in South Africa have shown us over the past few years is that they have an even bigger duty of care in the developing world, where institutions may not be as robust and where smear campaigns are used to settle political scores,” he said.

Vela is demanding that BDO disassociates itself from the report authored by BDO Zimbabwe Chartered Accountants and also commits to ensuring that all its affiliates adhere to the same ethical and professional standards.

“BDO International has a duty to ensure that their affiliates behave as they would; in a manner which is consistent with global auditing and accounting standards and is professional, credible and impartial. They cannot fob off their obligations by abrogating responsibility to local affiliates when things go wrong but talk about a ‘global network/one firm’ when soliciting for engagement mandates.”

Vela said he is fighting not only for himself, but for all those whose careers have been maligned and whose livelihoods have been harmed.

Nexus found that BDO’s investigation did not appear to have been conducted with an open and enquiring mind; the skill set to address technical issues that formed part of the scope of works, lacked; and, contradicting evidence was not investigated and resolved.

It also found out that the level of certainty as a basis for a conclusion (prima facie as reflected below) lacked (a rational link between the evidence and a finding or conclusion is not apparent on identified issues). It said the information provided by Vela on various issues had not been investigated for its veracity and credence, and had not been reflected completely and accurately in the report.

The report said material and relevant evidence was not reflected in the report on identified issues; the structure of the report was not conducive to evidence speaking for itself; and scenarios, other than those that cast aspersion, did not appear to have been adequately considered in identified issues.

Nexus also cast serious doubt on the qualifications and competency of the person (name supplied), who signed off the report on behalf of BDO Zimbabwe Chartered Accountants, saying his company profile suggested he was studying towards, but did not have a forensic audit or investigation qualification or specialist expertise in forensic audit.

Nonetheless, he was tasked with signing off BDO Zimbabwe’s highest-profile forensic investigation ever.

Lawyers acting on Vela’s behalf have sent a copy of Nexus’ report to BDO Zimbabwe and BDO International, requiring that they respond by today.

Chinamora also issued punitive costs against BDO Zimbabwe Chartered Accountants whom he found had failed to “eliminate some of the failure which undermined Vela’s rights”.

BDO Zimbabwe and the Auditor-General of Zimbabwe have appealed the Chinamora judgment on the technicality that their report was not subject to review, ignoring the glaring irregularities the court (and subsequently, Nexus) have identified.