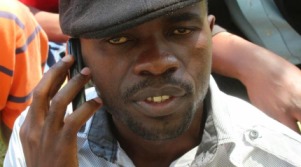 HARARE – Amnesty International (AI) is ratcheting up pressure on the Zimbabwean government to conclude investigation into the disappearance of journalist-cum-political and human rights activist Itai Dzamara.

AI’s newly-elected leader Kumi Naidoo of South Africa pledged on Wednesday that his first port of call into his term of office would be writing to whoever will be declared the legitimate winner of the July 30 presidential elections by the Constitutional Court about Dzamara’s disappearance.

He said “whoever leads the new government must move to undo the injustices of the past.”

Naidoo, a South Africa-born former anti-apartheid activist who began his term as AI’s secretary-general this week, said the Harare administration must acknowledge all past abuses during former president Robert Mugabe’s reign.

Dzamara, who led anti-Mugabe demonstrations under the Occupy Africa Unity Square banner, disappeared in 2015 after he was abducted by suspected State security agents.

He has not been accounted for until today.

Dzamara was a well-known critic of Mugabe’s regime publicly calling for him to resign for what he said was his failure to manage the country’s failing economy.

He was abducted on March 9, 2015 by five unidentified men while he was at a barber shop in the Glen View suburb of Harare.

On Saturday March 7, before his abduction, he had addressed a rally in the capital Harare where he called for mass action to address the deteriorating economic conditions in the country.

Witnesses say that his abductors handcuffed him and forced him into a white truck with concealed number plates before driving off.

Zimbabwe has a long history of enforced disappearances of government critics and activists.

In 2008, dozens of opposition and human rights activists were forcibly abducted for weeks in a crackdown.

The State repeatedly denied its involvement, but many activists were later found in State custody, while the fate and whereabouts of others remain unknown.