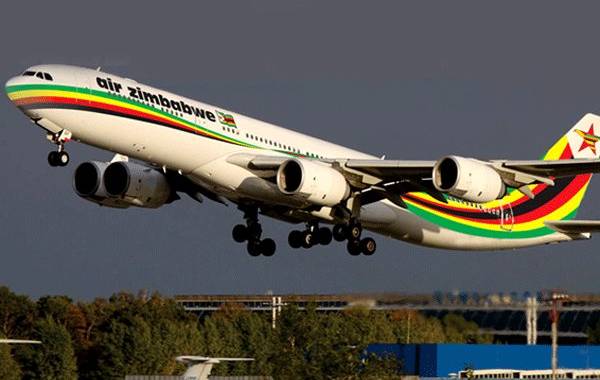 Mr Saruchera of Grant Thornton said the creditors meeting, which is scheduled for November 28, will also consider the Administrator’s report, and elect representatives of creditors.

“If you are owed money by Air Zimbabwe, please contact our offices so that you can collect and complete proof of claim forms.

“These forms are also available through electronic mail upon request. You will be required to complete these forms in duplicate and lodge them with the Master of the High Court . . . at least 48 hours before the meeting.”

In other words, the claim forms must be filed with the Master of the High Court by November 26.

Mr Saruchera said a duly appointed representative of an organisation must appear in person at the meeting in order to prove the claim.

“If no one is in attendance on the day of the meeting, your claim will be rejected for non-appearance,” said Mr Saruchera.

Air Zimbabwe, which has been consistently underperforming in the last few years, was placed under reconstruction on October 4 this year in terms of the Reconstruction of State-Indebted Insolvent Companies Act (Chapter 24:27).

The move was designed to allow Air Zimbabwe an opportunity to clear its debt thought to be upwards of $334 million.

During the reconstruction process, all payments towards debts accrued by the companies prior to October 4, 2018, would be temporarily suspended and settled in terms of this process.

Air Zimbabwe, like most parastatals, has been going through difficult times for a long period due to mismanagement, resulting in its withdrawal from the lucrative Harare-London to avoid the seizure of its aircraft.

One of Air Zimbabwe’s long haul aircraft, a Boeing 767-200 popularly known as Victoria Falls, was impounded by American General Supplies at Gatwick International Airport in London in December 2011 over debts amounting to $1,2 million.

Recently, Air Zimbabwe officials told The Herald Business that the airline had been adversely affected by “insufficient equipment” resulting in loss of schedule integrity.

Air Zimbabwe has largely been operating two serviceable aircrafts and whenever there was a technical fault on one, delays and/or cancellations became inevitable.

In 1980, Air Zimbabwe had 18 aircraft flying into 31 destinations but it is now limited to Harare-Johannesburg; Harare-Bulawayo and Harare-Victoria Falls.