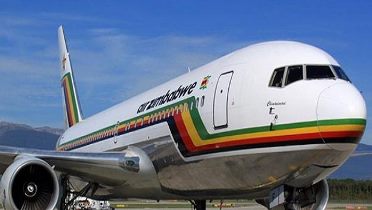 HARARE – Struggling national airline Air Zimbabwe Holdings (Private) Limited (Air Zimbabwe) has been placed under reconstruction, as it seeks to clear its arrears in a bid to revive its operations.

According to a notice published yesterday, Reggie Saruchera of Grant Thornton was appointed the administrator of the company to administer the revival of the national airline.

Saruchera called on stakeholders to support the initiative in order for the airline to achieve the intended turnaround, further urging all those owed money to approach the airline’s offices in Harare and Bulawayo to fill in proof of claim forms.

“During the Reconstruction process, all payments towards debts accrued by the companies prior to the 4th of October 2018 will be held in abeyance and settled in terms of this process,” the notice reads.