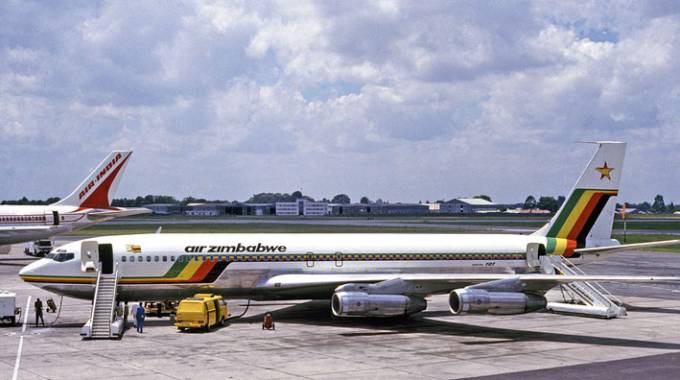 AIR ZIMBABWE is on the brink of replenishing its fleet amid indications that the national airliner would take delivery of an Embraer ERJ 145 tentatively in the next two weeks.

It has also emerged that the delivery of two Boeing 777-200 ERs acquired from Malaysia is now imminent.

Government plans to revive the flag carrier as part of broad efforts to spur economic growth.

A source in the Ministry of Transport and Infrastructure Development, who spoke on condition of anonymity, told The Sunday Mail Business last week that they expect the Embraer to be delivered in two weeks’ time.

While the Embraer was paid for in full, delays were occasioned by the need to settle funds for flight logistics.

“The issue is that the two weeks window within which we expected its arrival is still within reach or range. But the guys up there (in the United States) were just awaiting confirmation of their relevant deposit, which is to do with the flight logistics.

“They have even established a route that they (will) take, the stop-checks that they would take up to the time they arrive in the country. So, it’s an issue, I think, which is quite advanced in terms of progression and we are quite happy about.”

Instructively, Air Zimbabwe ran newspaper adverts last week seeking tenders from “competent and reputable” firms registered with the Procurement Regulatory Authority of Zimbabwe (PRAZ) and the Insurance and Pensions Commission (IPEC) for the provision of insurance cover for its aeroplanes.

Transport and Infrastructure Development Deputy Minister Fortune Chasi referred all questions to Minister Joel Matiza, who could not be reached by the time of going to print.

However, Finance and Economic Development Minister Professor Mthuli Ncube told The Sunday Mail Business in a wide-ranging interview that Government was determined to revive the airline.

“We are basically involved in the financing of the acquisition of the aircraft. We are making the various payments towards that and I hope that we will be able to receive the aircraft soon, starting with the Embraer from the United States and then followed by the aircraft from Malaysia that we already own, by the way,” said Prof Ncube.

“We have already paid for (the two aircraft from Malaysia), it’s just a matter of bringing them home and then trying to get them to work, one way or the other.

“So we are working on this. I think Zimbabwe needs to revive its own airline because every other airline is flying into Zimbabwe now and they are all advertising the Victoria Falls.”

Prof Ncube said while allowing other airlines into the country’s airspace in line with the Yamoussoukro Declaration of 1988 “is okay” for tourism, the move doesn’t help the national airline.

“We want more airlines but we also want to be in the market,” said Prof Ncube.

The Yamoussoukro Declaration, which came into force in 2000, opens up air traffic rights through a simple notification procedure.The Embraer, Prof Ncube said, would be instrumental in servicing Air Zimbabwe’s domestic routes.

“If you look at the domestic market, for example, we just need the appropriate aircraft. Air Zimbabwe doesn’t have appropriate aircraft for the domestic market, it uses big aircraft which is wrong aircraft for flying between here (Harare) and Bulawayo, Harare-Vic Falls. We need the smaller ones, and that is what the Embraer will do. So, we are keen on this and I think that we will get somewhere with the relaunch of the airline,” he said.

Its headquarters are in São José dos Campos, São Paulo, and is the third-largest producer of civil aircraft after Boeing and Airbus.

The new revelations put paid to market rumour that the planes that were recently acquired from Malaysia had been sold for a song.

Government paid US$41 million for two B777s and one of them was commissioned in Harare in April last year, but in November, there were indications that Jet Midwest, a US-based global aviation parts provider, had bought one of them.