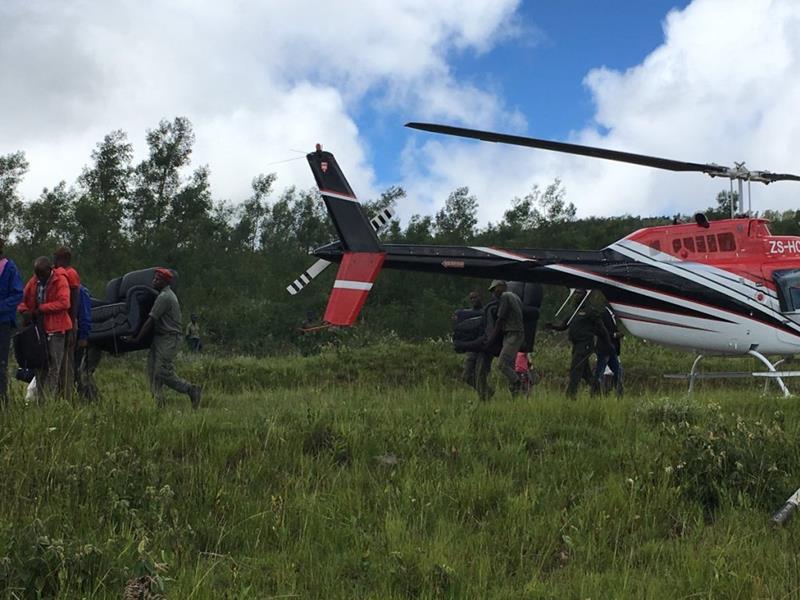 President Emmerson Mnangagwa made his way to Manicaland this week to take in the damage from Cyclone Idai and meet with officials responding to the disaster, but the trip was sullied by featherbeddings flown in for his comfort, including leather sofas.

Mnangagwa, who cut short his visit to the United Arab Emirates (UAE) to fly back to the country, highlighted the “extraordinary work” done by local first responders who worked around the clock to rescue residents stranded by high water in a place that had not flooded in years.

Mnangagwa  visited the affected areas aboard a military helicopter and was surrounded by an unusually high security detail swarming around him and preventing the traumatised villagers from getting any closer to the strongman, who survived a bomb attack last year. He visited the recovery effort before surveying some of the damage around the most severely affected parts of the Manicaland Province.

He visited emergency management officials, and spoke at an impromptu rally where security details struggled to push villagers away who wanted to shake his hands.

There was widespread resentment when one of the choppers airlifted black leather sofas where Mnangagwa was to recline on.
Yesterday, pictures of the sofas went viral as Zimbabweans reacted angrily to images of the sofas being ferried to provide comfort to the septuagenarian amid a disaster that claimed almost 140 people.

Authorities  said that the team surrounding the president were not focused on optics, saying he wanted to be very cautious about making sure that any activity does not disrupt any of the recovery efforts.

Government’s spokesperson Nick Mangwana said people should not waste time talking about luxuries such as sofas when the country is in mourning.
He slammed “people who want to talk about sofas in the midst of a national crisis of this magnitude” whom he said “should hang their heads in shame for being petty.”

“Should we be talking of sofas when so many of our fellow citizens are missing? Should we be preoccupied with why there is a picture of people carrying a sofa when whole families have been wiped out by this catastrophe?

“The seating arrangement of people including that of the president is such a banal distraction in the context of this grand tragedy. There are so many angles of conversation but that one is not one of them,” fumed Mangwana.

Sources in Manicaland Province told the Daily News that “overzealous” ruling party officials in the region acted on impulse to organise the sofas in an unsanctioned move that was meant to curry favour with Mnangagwa, “even though it was not appropriate”.

Government has been leading from the front the rescue operations. Soldiers and specialised police sub aqua units are leading the search operations as fears grow that the number of victims could rise.

At least 139 people have so far been recorded dead since the storm hit the country, with the death toll expected to rise as rescue and recovery efforts continued.
The devastating cyclone swept away schools, bridges and homes in low lying areas in Manicaland.

This followed a week of heavy rains and flooding across south-east Africa that has also killed hundreds of people in neighbouring Malawi and Mozambique. At least one million people have been affected in the region in what is regarded as one of the worst natural disasters to hit sub-Saharan Africa.