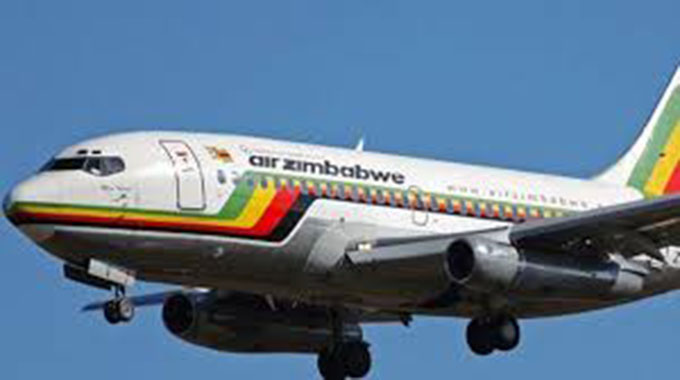 REINSTATED Air Zimbabwe workers have now been sent on forced unpaid leave and are demanding that the airline, technically insolvent and under administration, immediately withdraws these orders, which they believe are illegal, and reinstates them without loss of salaries and benefits in compliance with the Supreme Court ruling.

The Supreme Court overturned Airzim’s botched mass dismissals using three months’ termination notices and upheld the Labour Court decision ordering reinstatement of the workers or payment of damages in lieu of reinstatement. There was a brief period in 2015 when employers found, via another court ruling, that they had a right to fire a worker on three months notice, but Parliament then intervened to block that route, retrospectively, and restore the position that had been accepted that while an employer could dismiss permanent staff without cause, such as in a redundancy programme, compensation would generally be a great deal more than just three months salary.

But the airline argues that it has no capacity to pay or compensate the more than 300 workers that it reinstated.

Airzim was placed under reconstruction in terms of the State-Indebted Insolvent Companies Act in 2018, for being technically insolvent and is encumbered with a US$341 million debt, 92 percent of which is owed to Zimbabweans and Zimbabwean companies.

The workers had complied with the company directive to report for work and collect their reinstatement letters after the company had written to their lawyer Mr Caleb Mucheche advising his clients that they had been reinstated in compliance with the superior court’s ruling.

However, when they complied with the company directive to collect their reinstatement letters, they were also given letters dated December 12 putting each reinstated worker on unpaid leave with effect from December 7, 2020, until further notice.

In a letter to Air Zimbabwe dated December 30, 2020, Mr Mucheche said the move was in flagrant violation of, and in contempt of the Supreme Court judgment which ordered reinstatement or payment of damages.

“To add insult to injury, our clients have not been paid their back pay arrears salaries and benefits accrued from July 2015 to 7 December 2020, which is one of the main bones of contention and reasons for our clients’ High Court application for your (Airzim administrator Mr Reggie Saruchera) removal as administrator filed on 24 December 2020 under case Number HC 7667/20,” he said.

In their recent application filed at the High Court shortly before being reinstated, the workers claimed that Mr Saruchera was grossly mismanaging the company’s affairs and violating workers’ Constitutional labour rights.

Mr Mucheche said Mr Saruchera’s conduct in sending his clients on forced leave bolstered their grounds for his removal as administrator.

“We demand that you immediately withdraw your illegal letter dated 12 December 2020 purporting to place or send them on forced unpaid leave by unconditionally reinstating them with their salaries and benefits within 24 hours of receipt of this letter in compliance with the Supreme Court ruling dated 7 December 2020.

“Failure of which our clients will take appropriate legal measures that include, but not limited to, a declaratory relief seeking among other things jail or fine or criminal recourse for contempt of the Supreme Court judgment plus punitive costs,” said Mr Mucheche.

Last month, Airzim complied with the Supreme Court ruling, which made it clear that the retrospective statutory changes in labour law made in 2015 after a large batch of workers were dismissed on notice, overrode the common law enunciated in the Zuva Supreme Court judgment of that year, and overrode it retrospectively, and permanent staff fired then on notice are deemed to be protected and should be reinstated or compensated.

The judgment confirmed that the Labour Amendment Act of 2015 gave more protection to permanent contract workers who can no longer be simply dismissed by an employer giving notice, usually three months’ notice, and critically gave this protection retrospectively, so those fired between the Zuva judgment and the enactment of the amendment were also protected.

The affected workers had greatly benefited from the legal protection brought about by the action of the Government and Parliament of Zimbabwe through retrospective enactment of Labour Amendment Act No. 5

Airzim’s reaction to the Supreme Court ruling is likely to trigger a similar action in other companies that laid off employees following the July 2015 Zuva judgment that allowed employers to dismiss staff on three months’ notice. Some companies did, after the Labour Act was amended, did convert the three-months notice to redundancy and used the recognised formulas to compensate staff.