All set for new school term 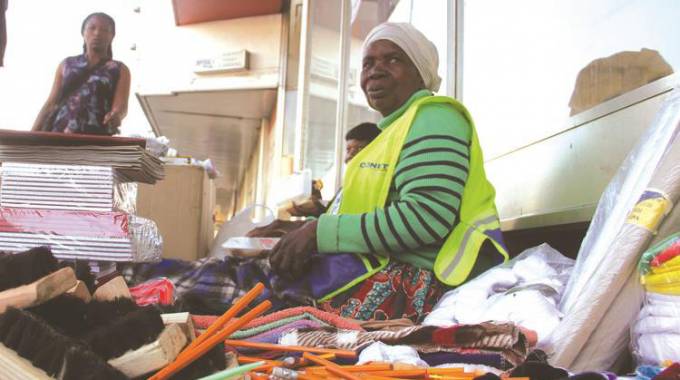 Parents yesterday continued to make last-minute preparations ahead of the final school term, which opens on Tuesday, as Government, teachers and the Zimbabwe Schools Examination Council (Zimsec) said they were ready for the most crucial term in the annual school calendar.

Although the reconstruction and rehabilitation of schools destroyed by Cyclone Idai, particularly in Chimanimani and Chipinge areas, is halfway through, they will also be opening their doors to learners as scheduled. Primary and Secondary Education Minister, Professor Paul Mavima said Government expects reconstruction in the affected schools to be completed before the rainy season.

“We are ready to start the third term and the year has been going well. I am happy that when we closed last term, all schools were functional.

“In Chimanimani, schools are also ready for the third term. The construction of infrastructure that was destroyed during Cyclone Idai is about 53 percent complete. I am worried about the pace of construction, but we hope the constructors will be done before the rainy season,” said Prof Mavima.

Manicaland provincial education director Mr Edward Shumba said although the fallout from the cyclone continues to affect some schools, the province is ready to resume lessons.

“I am glad to say that we are fully ready for the final term of the year, and during third term, we will be conducting training programmes for headmasters on how to handle school finances,” said Mr Shumba.

Government has also made assurances that it will continue the school feeding programme, especially for the infant module, in order to forestall the potential impact of the drought experienced in the 2018 summer cropping season.

Minister Mavima said: “The school feeding programme is part of the food release programme done by Government. Schools will benefit from that, especially the infant module.”

Parents continue to fret over fee hikes, especially by private learning institutions. Most public schools have lodged applications with Government to adjust fees and levies in line with rising operational costs.

Authorities are, however, only prepared to make reasonable adjustments.

“We have received a number of applications for fee increases, but we will not allow schools, especially those under Government, to overprice parents,” he said.

Aggrieved parents, who feel that their fees have been extortionately priced at private learning institutions, he added, have the right to seek arbitration.

“We do not have direct control over private schools. We also understand that if parents or companies send their children to private schools, it means they are in agreement with the terms and conditions and they can afford. However, if they feel the prices are too much, they can appeal,” said Prof Mavima.

Teachers have said they appreciate Government’s move to adjust their salaries, and have indicated that they are more than prepared for the new term. Zimbabwe Teachers Association (Zimta) president Mr Richard Gundane said authorities also need to guarantee the integrity of local examinations.

“Teachers are ready for the final term of the year and we are happy that Government has improved our salaries. As students will be writing their final exams, we also urge Zimsec to put its act together to avoid cases of leakages.”

He said Government needs to recruit more teachers to address the current teacher-to-pupil ratio in most public schools. Government recently hired 3 000 new teachers and intends to engage an additional 5 000.

“Government should continue to recruit more teachers because students are overpopulated in classrooms. We need to value education because everyone has the right to proper education. Its fall will cripple the Zimbabwean education status,” he said.

Zimsec board chairperson Professor Eddie Mwenje believes the country registered a major milestone, when the examination administration body recently commissioned a printing press, which is expected to eliminate leakages and significantly cut costs.

“Previously, examinations were printed by a third party. They would pass through many people, who would then facilitate the leakages.

“With the printing press that was launched recently, which is also the third in Africa, we are assured that leakages will be minimised because we now have total in-house control,” said Prof Mwenje.

“Some of our papers were printed outside the country, but because we have secured our own printer, we are now saving a lot of foreign currency,” he said.

But, the informal traders’ prices are marginally lower. Yesterday, dresses were retailing for $240, blazers were pegged at $280, while sun hats were going for $40. Skirts were pegged at $55, and $35 for shirts. Neck ties were selling at $20.