All set for Nyikayaramba’s burial 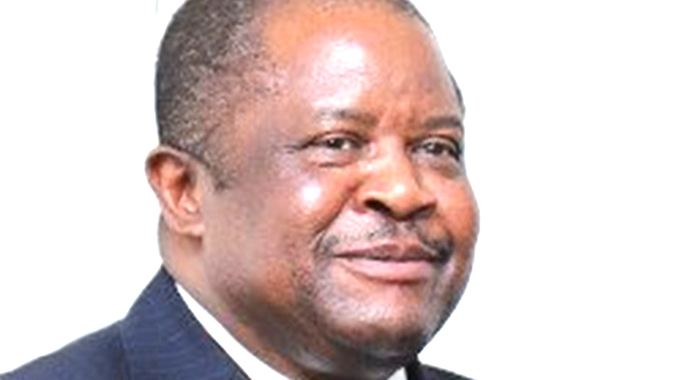 Zvamaida Murwira
Senior Reporter
All is now set for the burial of national hero and Zimbabwe’s Ambassador to Mozambique Lieutenant General (Retired) Douglas Nyikayamba today at the National Heroes Acre in the capital.

Ambassador Nyikayaramba, who succumbed to Covid-19 complications on Tuesday, will be interred at the national shrine at a funeral to be presided over by President Mnangagwa.

The decorated soldier and diplomat, who retired from the military in 2019 to join the diplomatic service was declared a national hero on Wednesday after the governing party unanimously agreed that the liberation war hero, whose nom de guerre was Blessing Muhondo, deserved the highest honour.

In an interview yesterday, Home Affairs and Cultural Heritage Minister Kazembe Kazembe said only a few mourners will be allowed at the Heroes Acre to witness the burial.

He said the burial will be conducted in accordance with Ministry of Health and Child Care requirements as part of measures to contain Covid-19.

“As has become the new normal in this pandemic, and in compliance with the Covid-19 regulations and protocols, people will not go to Stodart Hall . A few mourners, who will comprise of a few family representatives, and representatives of critical stakeholders or institutions will be allowed at the shrine,” said Minister Kazembe.

He said his ministry was working closely with the Ministry of Health and Child Care to ensure compliance with Covid-19 containment measures.

A devout member of the Johanne Masowe Vadzidzi VaJesu vekwaMajinesta Apostolic sect, Ambassador Nyikayaramba was also a decorated soldier who won several accolades during his time in the army where he rose through the ranks to the position of Lieutenant General upon retirement.

In his condolence message, President Mnangagwa described him as “a strong revolutionary cadre who continued to serve his country after independence with utmost loyalty, dedication and commitment”.

“In the passing on of Lieutenant General Nyikayaramba, Zimbabwe has lost a veteran of the armed liberation struggle, a strong revolutionary cadre who continued to serve his country after independence with utmost loyalty, dedication and commitment to promoting and safeguarding the country’s territorial and national interests.

“His track record in the military speaks volumes about the strong leadership qualities he had which resulted in his meteoric rise to the rank of lieutenant general, the position he held when he retired from the army in 2019. His military achievements are a matter of record and too numerous to mention. The honours, titles and decorations that were bestowed on him in the course of his military service crown it all,” the President  said.

Lt Gen Nyikayaramba (Rtd) was among the first group of ZANLA cadres, who underwent a regular officer cadet training at Nachingweya in Tanzania, under the tutelage of the Tanzania People’s Defence Forces.

Addressing mourners at his family home in Nyabira on Wednesday, Defence and War Veterans Minister Oppah Muchinguri-Kashiri — who is also Zanu PF national chairperson — described Ambassador Nyikayaramba as someone who was resolute and unwavering in defending the ethos of the liberation struggle.

She said President Mnangagwa and the party saw it fit to honour Ambassador Nyikayaramba as a national hero for his contribution to the country during and after the liberation struggle.

He leaves behind a wife Elina, nine children and nine grandchildren.