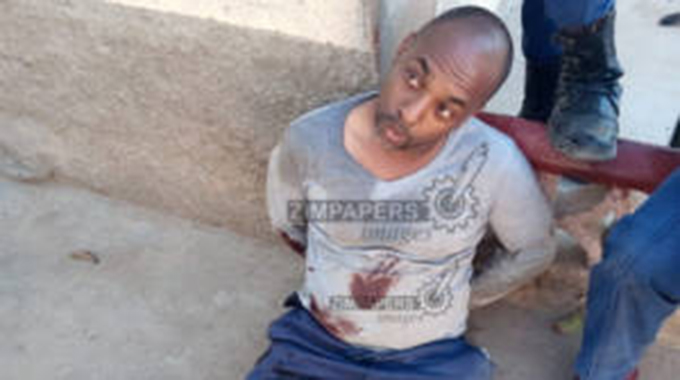 The last witness in the trial of nine suspected notorious armed robbers, who include Musa Taj Abdul, on charges of unlawful possession of firearms and ammunition told the court that he came to know of his alleged accomplices when he was arrested.

The State alleges that Marasha bolted out of a Beitbridge house where his other accomplices were arrested and disappeared.

During cross examination with his lawyer Marasha told the court that he had never been in Beitbridge in his entire life.

He said at the time his alleged accomplices were arrested he was not feeling well and was receiving treatment at a clinic in Bindura.

The State however produced a document from the undisclosed clinic which allegedly proves that they never treated Marasha.

When the trial commenced State witness Detective Sergeant Ronald Musekiwa told the court that the firearms and ammunition found in their possession were taken to CID Ballistics for testing.

“The firearms matched some scenes in the laboratory, meaning that proved they were used in committing various crimes,” he said.

The nine, through their lawyers, are denying the allegations. The court heard that on August 24 last year, detectives from CID Drugs and Narcotics Beitbridge received information that the suspects, who were on the police wanted list, were at House Number 1184 Mashakada, in Dulivhadzimu suburb of Beitbridge.

It is alleged the detectives mobilised other police call signs, Support Unit and Canine section, and they surrounded the house before notifying the gang of their presence.

The nine bolted out of their room and started running in different directions.

Police gave chase and subsequently arrested them and took them back to their room where searches were done, leading to the recovery of a 9×19 mm Vector Z88 pistol serial numbers obliterated, 11x9x19mm live cartridges and 20×12 bore live cartridges on a webbing belt.

They were recovered in a black satchel stashed in a washing basket.