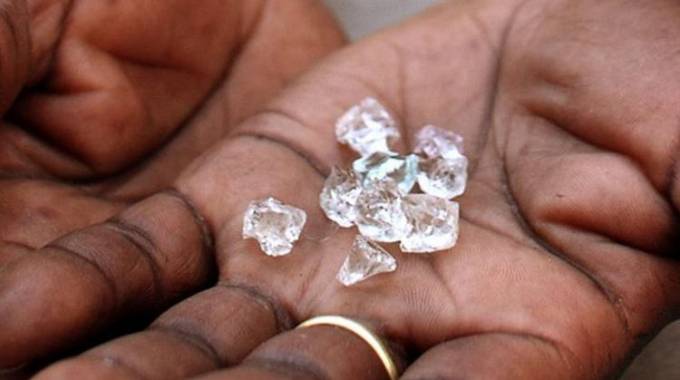 The world’s biggest diamond producer, Alrosa, has begun extensive diamond exploration in an exercise that could easily be the country’s biggest ever diamond hunt.

Although the country has bountiful mineral resources, it still remains under-explored.

Previous exploration data believed to have been carried out by a Canadian firm that was contracted to conduct aeromagnetic surveys has not been handed to authorities.

“Towards the end of year, the same prospecting operations, including airborne geophysical surveys, will be conducted in the Maitengwe area, while bulk sampling and drilling is set to commence in 2021.

“Following the signing of a joint venture agreement with ZCDC to develop diamond deposits in Zimbabwe in December 2019, we are progressing well towards the initiation of full-scale prospecting works this year.”

The exploration is understood to be in line with international best practices.

“Being a member of Responsible Jewellery Council, World Diamond Council and Natural Diamond Council, Alrosa complies in full with all industry commitments on responsible business practices and its own corporate standards.

“Alrosa is committed to follow these principles strictly, minimising adverse environmental impact in all areas of activities and using mineral resources comprehensively and rationally.”

According to the shareholder agreement and a joint venture establishment contract, Alrosa has 70 percent of Alrosa Zimbabwe Limited, while ZCDC’s share is 30 percent.

The joint venture focuses on prospecting, exploration and, in case of success, mining of primary diamond deposits in Zimbabwe.

“Yes, our geologists process a lot of information and we see that there are interesting areas where the kimberlite pipes are. But we have to invest a lot of money in terms of identifying whether these kimberlites are diamondiferous (contain diamonds),” he said.

In the 1980s, Government hired a company to explore precious stones but the results were never submitted.

Reports also indicate that another comprehensive geological survey is inexplicably in the hands of researchers at a South African university, which is “auctioning” bits of it to individuals who then come to Zimbabwe to mine clandestinely.

This raises speculation that foreigners might have greater knowledge of the country’s mineral resources.

Exploitation of diamonds in Zimbabwe, particularly in Marange, has mostly been limited to alluvial diamonds and conglomerates, which are located close to the surface.

Geologists say top-quality diamonds lie in kimberlites, which occur in the earth’s crust in vertical structures known as kimberlite pipes.

Diamonds in neighbouring Botswana and Namibia fetch higher prices relative to local gems as they are extracted from diamond pipes.

The Russian company’s technology can refine data that is available from geophysics and geochem.

The company, which also produces diamonds in Angola and Botswana, reportedly controls about 27 percent of global rough diamond output.

Alrosa’s investments in Zimbabwe for 2020-2022 are expected to reach US$12 million. This investment is a major boost for Zimbabwe’s roadmap to achieving a US$12 billion mining industry by 2023 and Government’s quest to attain upper middle-income status by 2030.

Diamonds have been identified as one of the key minerals expected to back Government’s vision for the mining sector.

Zimbabwe plans to produce 10 million carats of diamonds annually by 2023.

In addition to Marange, Zimbabwe’s diamond deposits are understood to be scattered in the area stretching from Manicaland to Masvingo provinces, covering over 10 000 square kilometres.