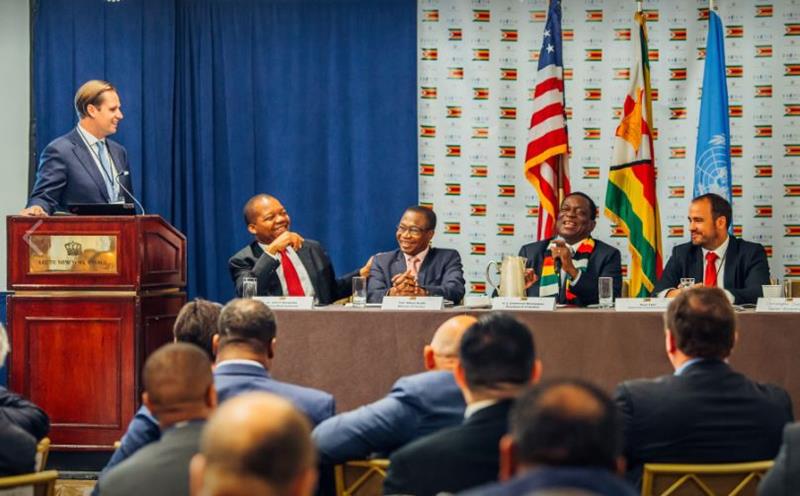 HARARE – Having long written off Zimbabwe as one of the world’s least appealing economies, international investors are beginning to show signs of interest in Zimbabwe, newly appointed Finance minister Mthuli Ncube has said.

Zimbabwean officials met with investors in New York in search of cash that would clear about $1,8 billion in arrears with the World Bank and the African Development Bank (AfDB).

Repayment would unlock more cash from the AfDB and is necessary to tap into other sources of development financing.

Some 100 international investors and institutions attended the meeting led by President Emmerson Mnangagwa and held on the side-lines of the United Nations General Assembly in the Big Apple.

Ncube, a former banker, said in a social media post after the investor conference in New York on Friday that  investors’ interest in Zimbabwe is overwhelming as quite a number of them expressed an interest.

“His Excellency … Mnangagwa assured the American investors that their investments will be safe in Zimbabwe. Zimbabwe will never be the same again.”

Zimbabwe became a pariah in the West after former leader Robert Mugabe’s government was accused of rigging elections and abusing human rights, and over the years it has turned to China for investment to help an economy desperate for new infrastructure.

The new president has declared that Zimbabwe is now “open for business” and said his government will create an environment where capital feels safe and business can thrive and create jobs for Zimbabweans, with an improved standard of life for all.