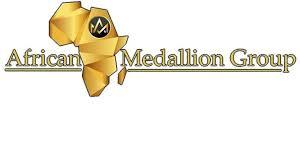 THE African Medallion Group (AMG) will mid this month unveil a new gold medallion as the start-up moves to further secure and preserve investors’ wealth. This also comes as debate over the use of these bullion coins as a future currency and the need for greater beneficiation of the yellow metal through such initiatives has gathered momentum.

Since their launch in May 2017, the bullion coins have emerged as a great way of legally preserving one’s wealth and an attractive buy for gold investors. “A new medallion will be launched mid-July.  We help you protect your wealth,” founder and promoter Frank Buyanga said.

“AMG is here to help you secure and preserve wealth. For centuries, gold has been regarded as the best store of value. We will assist with setting up your gold portfolio,” he said, adding AMG believes its precious mineral-backed products would be key for wealth preservation and diversifying income streams for investors.

Gold is often referred to as a “safe haven” for investors, due to its retention of value, rarity, and immunity to interest rate policies which can frequently be influenced by political and economic movements. This latest rare medallion, promoters say, will also come with a certificate to confirm genuine possession of these new and guaranteed coins with Buyanga’s signature.

Each medallion allows you to have your wealth backed by a strong and valuable commodity, which can easily be liquidated, the Hamilton Property Holdings owner and businessman said Buyanga, who has moved his AMG head office from South Africa to Dubai for the market’s centrality and other strategic reasons, said their initiative was meant to afford people from all walks of life an opportunity to invest in this resilient commodity and natural resource. Dubai is also one of the world’s major metals trading hub in the world.

This also comes as the two year-old company has spread its tentacles across five African countries and has been honoured – by the World Business Leaders – as one of the fastest growing and innovative enterprises on the continent.
Buyanga said his company “remains committed to value addition in Africa and the world.”

The businessman is a gold investor, with over a decade of experience. The new initiative, he said, was created to afford people from all walks of society the opportunity to invest in gold and also create additional wealth avenues for themselves. This comes as AMG’s gold reserves have surpassed the R1 billion mark, making it an attractive buy for gold investors.

In May, the AMG won the Global Academy of Psychological Sciences award, with the 40 year-old entrepreneur challenging regional capitals to increase beneficiation of minerals for employment creation and other economic benefits as well as “claim their place in determining commodity prices and not be price takers”.

“…while about 40 percent of the world’s gold comes from SA, the country does not regulate the prices of the commodity. We are price takers (and) not givers and that in itself is a problem,” the AMG founder said at the Dubai event, adding “the continent must be involved in the formulation of resource-pricing and correction other anomalies urgently”.

“In Africa, we are the authors of the world’s destiny, but we don’t know it. The continent has vast resources, human capital and mineral resources… but the only people who don’t know about this are Africans.” In line with his desire to see the continent benefitting more from its resources, the South African-based philanthropist has made an enticing offer to fund Zimbabwe Sovereign Wealth Fund (SWF), which has stalled since 2014.

AMG has been continually adding more gold to its reserves through purchases made from the Rand Refinery, the South African firm that is one of the world’s largest gold refineries and refines most of Africa’s gold.

Through such platforms as the Pan African Business Forum – where he seats as an executive director responsible for entrepreneurship – the Johannesburg-based businessman has not only tried to impart some of his skills, but seek to “expand the entrepreneurial spirit by educating African peers to shun begging for help and instead concentrate on ways of generating value from the region’s endowments.”

He was last month inducted as an ambassador for the Youth Leadership Entrepreneurship, in recognition of his undying desire to grow young people and become successful entrepreneurs,with the continental honour conferred on him in Ghana by the Pan African Leadership Foundation, whose mission is to transform society by nurturing young leaders.