AMHVoices: Zanu PF must shape up 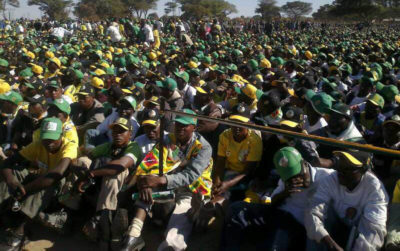 ZANU PF has dismally failed to exorcise the demon of corruption among in its rank and file, resulting in Zimbabwe being ranked among the most corrupt countries on the continent.

The faction-ridden cult led by President Emmerson Mnangagwa has a long and standing culture of shamelessly protecting those in its midst who are ruthlessly corrupt and have an unrelenting propensity to loot national resources.

At their caucus meeting in Parliament on Wednesday, Zanu PF MPs resolved not to allow the MDC to chair virtually all parliamentary committee meetings.

MDC believes that the move was meant to protect business mogul, Kudakwashe Tagwirei, who was supposed to testify before the Public Accounts Committee (PAC) on Monday.

Last year, Tagwirei snubbed PAC, where he was supposed to submit oral evidence on the contracts his company got from the government under the Command Agriculture and Presidential input schemes.

Clearly, this represents abuse of power which is bolstered by the two-thirds majority vote Zanu PF has in Parliament.

This shows just how the ruling, or more appropriately the ruining party, with its two-thirds majority, is prepared to go all out to protect rotten apples in its midst.
Besides the Zanu PF government’s monumental leadership and policy fissures, among other issues, the party has also aided in derailing any prospects of success Zimbabwe may have had, turning the country into a poverty-stricken pariah State.

As the MDC youth assembly, we challenge Zanu PF and its leader, Mnangagwa, to investigate, prosecute and sanction all reported cases of corruption, without fear or favour.

The post AMHVoices: Zanu PF must shape up appeared first on NewsDay Zimbabwe.