WHEN I look at what is happening in my beloved country, my heart bleeds. I feel like tearing myself apart with anger. I feel like I don’t belong to this nation and yet Zimbabwe is my only country which I call home. 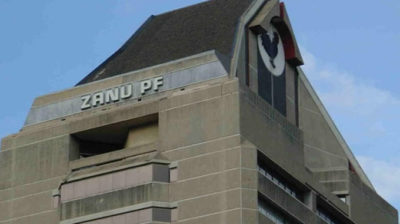 At one time, Zimbabwe was once a very good country, a hub of economic development even when we took over from the colonial system.

There was a radical change since 1997 when war veterans demanded to be compensated by the government. From that period, the country’s economic performance started faltering and on the other side, the late former President Robert Mugabe’s regime started looting the country while he was busy protecting his subordinates under the politics of entitlement. This is exactly what is happening today under the current leadership.

When I remember the horrific winter of June 2008, a few days before the June 27, 2008 election run-off, I see the brutality of this regime. I thought change was coming in 2017, but the script has remained the same.

There are plenty of Zimbabweans who are scattered around the globe, not because they want to be there, but are simply running away from the harsh economic, social and political environment back home. They are very innocent citizens seeking to eke a living. Life back home has become tough.

However living in a foreign land has never been easy, home is always the best, but the current political, economic and social situation in the country leaves a lot to be desired.

This is the time for all Zimbabweans to speak with one big voice and unite globally to fight this system peacefully by rejecting and ejecting the system in our country.

Zimbabweans are peace-loving people and what they are all yearning for is to be heard by an ear which is ready to listen, but their patience has been stretched too far. The more you fight with a snake and pushing it to the corner, the more it will fight back for its life.

The level of dictatorship and State capture in the country and within this new government masquerading as the new dispensation has gone too far and is subject to scrutiny.

The majority of Zimbabweans have lost confidence in this new republic and the situation has become even worse than we were before the coup.

The people have been asking for the arrest of corrupt government officials, but no action is being taken. Has the voice of the people ceased to be the voice of God?

Currently, there is no one trusting this Zanu PF leadership. There is actually a leadership vacuum. Even the party members themselves no longer trust each other.

The naked truth is that we should not bury our heads in the sand and pretend as if things are normal. It’s high time we should call a spade a spade and stop creating a comfort zone for ourselves.

The level of mediocrity and cluelessness of this government has not been found on this earth. We are being led by a deranged, paranoid and clueless regime.

If one looks closely at the current Cabinet, one can deduce that President Emmerson Mnangagwa’s ministers do not deserve to be in those ministerial positions. There should be a leaner, competent Cabinet. It is clear that the President had interests in appointing them probably based on regionalism or nepotism. Sure politics is a game of chance and luck.

Coming to the country’s High Court judgment, Justice David Mangota has again brewed a shocker during this period of lockdown and dismissed an application by the MDC Alliance to take back the Morgan Richard Tsvangirai House from unfashionable Thokozani Khupe and Douglas Mwonzora, whose union is already muddied by power struggles ahead of their extraordinary congress set for September.

The whole idea is to derail the wave of change and to suffocate a voice of reason. What this government is not aware of is that every generation has its own time.

MDC Alliance leader Nelson Chamisa has the spiritual and mental magnet to attract the youths and this generation will rescue itself from this bondage and hegemony.

Our Judiciary is captured and it is written in black and white. These are pointers that there is selective application of the law depending on which side one is coming from.

That is why the liberators bypassed the Ian Smith judiciary to fight for justice. The only power the MDC Alliance has is the people, only if they can unite and fight this tired and inept regime. For that, the people have to be ready to pay the price.