Angela Merkel warns against dark forces on the rise in Europe 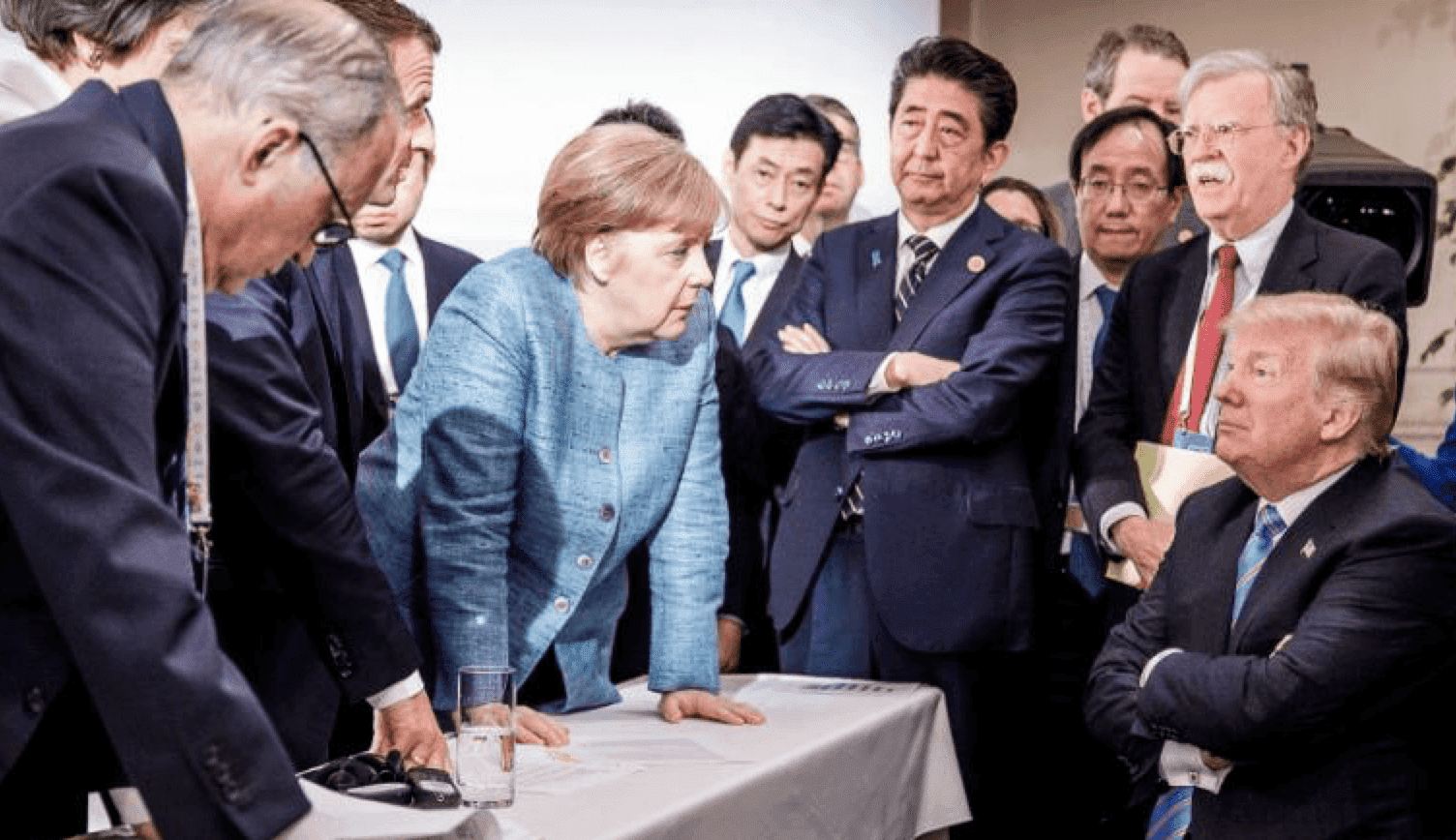 CNN) — German Chancellor Angela Merkel has said “there is work to be done” in Germany to face up to the dark forces that are finding mainstream support there and in other parts of the world.

“In Germany, obviously, they always have to be seen in a certain context, in the context of our past, which means we have to be that much more vigilant than others,” she said.

Speaking exclusively to CNN’s Christiane Amanpour a day after the European elections, where nationalists failed to live up to a forecasted surge in support, Merkel said we have to face-up “to the specters of the past.”
“We have to tell our young people what history has brought over us and others.”

In recent days, German Jews were warned by a leading government official not to wear kippahs in public, following a rise in anti-Semitic attacks. Addressing the rise in anti-Semitism, Merkel said that Germany has “always had a certain number of anti-Semites among us, unfortunately.”

Merkel, who has been Chancellor for more than 13 years and outlasted many global leaders, has shouldered much of the blame for Europe’s populist wave, with some pinning the spike in support for the far-right, anti-Islam Alternative for Germany (AfD) on her handling of the European refugee crisis.

The Chancellor again defended her decision to allow nearly 1 million refugees into Germany, saying that the best way to manage immigration in the wake of humanitarian crises, like those in Syria and Iraq, was not to “shut ourselves off from each other,” but to be more “vigilant” in making sure that refugees fleeing these countries are “sufficiently cared for.”

That the forecasted far-right surge in last week’s European elections didn’t happen was largely attributed to increased support for pro-European Union green and liberal parties and an increased turnout across the bloc.

The Chancellor said that she was “pleased that more people went to the elections than in the last European elections,” but conceded that the Greens’ performance “has to do with issues that people are interested in the most these days, for example climate change, and that is also for my party, of course, a challenge now.”

Merkel has been criticized for her reliance on burning coal and bowing to pressure from German industry — catering to their needs rather than the needs of the environment. This might seem strange, given that Merkel has previously been dubbed the “climate Chancellor” due to her public support for green and clean energy initiatives. Indeed, she was one of the most vocal critics of US President Donald Trump’s decision to pull out of the Paris climate accord.

Of her relationship with Trump, Merkel responded to a question about the public perception of her being a punching bag for the US President, by acknowledging that they have “had contentious debates” but that they’ve managed to find “common ground” where it was needed.

German Chancellor Angela Merkel deliberates with US President Donald Trump on the sidelines of the G7 summit on June 9, 2018 in Charlevoix, Canada.

She said that all German Chancellors had an “obligation” to forge a relationship with the US President.

“One of the most important decisions that (the) United States took after the second world war, to give Germany and Europe a chance to actually develop themselves, well … That was achieved by the Marshall Plan. America has always defended us,” Merkel said.

It’s widely assumed that Merkel had a better relationship with Trump’s predecessor, Barack Obama. But Merkel revealed to CNN that her relationship with the former President “did not start very smoothly” and that “it was not that easy in the beginning.”

She recalled the speech he almost gave at the Brandenburg Gate, saying, “I had been criticized a lot when he wanted to speak in Berlin in front of the Brandenburg Gate, but I said he’s not the President yet. And only presidents can speak there.” Obama ended up speaking instead at the Victory Column.

Speaking of another ex-US leader, Merkel responded to the viral image of President George W. Bush giving her what appeared to be an uninvited neck rub at a 2006 meeting in Russia. The Chancellor brushed off the much-commented-on interaction as a “kind gesture at the time, a friendship” from the then-President.

Merkel is nearly halfway through her fourth and final term as Chancellor. Reflecting on nearly 15 years as leader of one of the world’s most powerful nations, the most powerful politician in Europe and, arguably, the most powerful woman in the world, she spoke of the responsibility she felt to women and girls that looked up to her.

Asked if she sees herself as a feminist, the Chancellor said that, having been asked this question before, the Dutch Queen Maxima helped her find her own definition of feminism.

She said the Queen explained to her that feminism meant “women having the same rights everywhere and this is parity… from politics to the media, to the business community, that must be our objective, we are not there yet.”

“For many girls, apparently, I have become indeed a role model, during my time of chancellorship,” she added. “We need more women in these relevant positions and that means men have to change their way of life.”

“For many girls, apparently, I have become indeed a role model, during my time of chancellorship … we need more women in these relevant positions and that means men have to change their way of life.”
With Merkel’s final term as Chancellor ending in 2021, backers of her brand of politics fear it’s on the way out as populism from both the left and right erodes the political center.

Merkel strongly rejected ceding any ground to populist forces, instead saying there was a need to show “why we are for democracy, why we try to bring about solutions, why we always have to put ourselves into the other person’s shoes, why we stand-up against intolerance, why we show no tolerance towards violations of human rights.”

In the immediate aftermath of the European elections, in which the center-right European People’s Party had its dominance eroded, exactly how popular Merkel’s signature pragmatism is remains far from clear. Especially as her Christian Democratic centrism is currently at the heart of the EPP’s vision for Europe’s future.

As Merkel prepares to leave office, she might find that those who replace her sweep away her legacy not only in Germany, but across the continent she has for so long dominated.

This story has been updated to clarify where Barack Obama gave his 2008 speech in Berlin.

The post Angela Merkel warns against dark forces on the rise in Europe appeared first on NewsDay Zimbabwe.