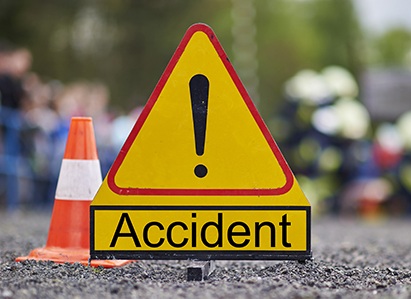 BULAWAYO – One person died yesterday morning after a Gweru-bound bus carrying Roman Catholic members who were headed to a choir competition in the ‘‘city of progress’’ veered off the road and overturned in Bulawayo.

Police confirmed the accident involving a Tatenda Safaris bus which was headed to Gweru and was carrying 53 passengers of which one died and others escaped with injuries.

“I can confirm that a…. bus was involved in an accident near Mzilikazi High School on its way to Gweru.

“The bus was carrying 53 passengers of which one died, two were not hurt and the rest escaped with injuries,” said police inspector Abednico Ncube from Bulawayo.

The road accident comes as the nation is mourning the loss of scores of lives in a plethora of accidents that have been taking place around the country this month.

On November 15, a tragic accident occurred near West Nicholson where 42 passengers were burnt beyond recognition while 26 others were seriously injured in a bus that was travelling from Zvishavane to South Africa.

The Brooklyn bus which had about 70 passengers caught fire and exploded following a leaking gas cylinder among the luggage.

Investigations into the accident are still underway as the National University of Science and Technology is still doing DNA tests to help families identify their relatives.

Government declared the accident a national disaster and availed $51 000 to assist the bereaved families.

Another horrendous accident occurred when two buses collided in Rusape earlier this month killing at least 47 people at the 166km peg along Harare-Mutare highway.

The accident was also declared a national disaster with government availing $25 000 to assist the injured and bereaved families with burial arrangements.

The bus accidents were also followed by a plane crush which took place at Ngundu in Masvingo last Friday claiming at least three lives.

The plane reportedly crashed round 0700 hours in the Chamanjerenje Hills Village 5 on Friday.

Transport and Infrastructure Development minister Biggie Matiza last week said government is concerned over the increasing road carnages on the country’s major highways and is working on coming up with a solution to this problem.

“The disaster management committee will meet to see that we will deal with this issue which we are taking seriously. Members of the public will be informed on the outcome in due course,” Matiza said in a press briefing.