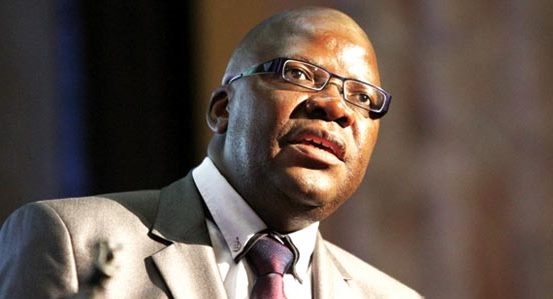 HARARE – Bruising legal and political wars could explode soon after it emerged yesterday that former Finance minister Tendai Biti and a number of well-known businesspeople are among a stellar list of individuals and companies which are being targeted for investigation by the Zimbabwe Anti Corruption Commission (Zacc).

This included how the Ministry of Finance — under Biti at the time — had allegedly instructed Nssa to deposit nearly $20 million into a bank which had later collapsed.

“We are also … investigating banking fraud that has been taking place, where some owners of banks received deposits from people and arranged to give insider loans to themselves.

“Firstly, they (the bankers) did not pay income tax for the money they were receiving … some of them externalised the money and bought houses in South Africa. We are following up on those leads,” Nguni said.

“We are also investigating monies that came from Afrexim bank … somebody at the Ministry of Finance during the government of national unity directed that the money be given to specific clients who were linked to members of his political party and the bank gave this money without any security.

“Now because the bank was troubled and distressed, the money has gone down the drain. We are also following up on the $30 million that was given by Nssa to Renaissance Bank.

“We are also following up at the Royal Bank and at Kingdom Bank where an unsecured 20 million dollars was given to one of the executives there to start a new project for them when the bank was distressed,” Nguni added.

Although he did not mention Biti by name, the MDC Alliance co-principal was the Finance minister during the GNU and when the alleged breaches took place.

Biti was appointed Finance minister on February 13 2009 on an MDC ticket, following the formation of GNU which followed the hotly-disputed 2008 presidential election whose result was withheld for six long weeks by the government amid charges of cheating.

Ousted former president Robert Mugabe and the late popular MDC founding leader Morgan Tsvangirai were forced into the uneasy power sharing arrangement as a result of talks that ensued after the dispute, and which were brokered by regional leaders.

Biti, who won the admiration of Western governments and multilateral financial institutions during his time as Finance minister, has had several run-ins with successive Zanu PF governments.

Currently, the opposition kingpin is on trial at the Harare Magistrates’ Court for allegedly breaching the Electoral Act and inciting public violence.

This followed his manhandling at the Chirundu Border post while trying to seek political asylum in neighbouring Zambia — days after the August 1 ugly violence in Harare which ended with the army killing six people.

Critics of President Emmerson Mnangagwa’s government say Biti is a victim of the government’s clampdown on opposition officials who dismissed his disputed July 30 poll victory, which they said was achieved through ballot manipulation.

Nguni also said yesterday that Zacc had now been fully-capacitated by Mnangagwa’s government, and was thus ready “to go full throttle” in clamping down on corruption.

“They have given us millions; have bought cars, computers and allowed us to recruit lawyers, economists and auditors.

“We are therefore in the process of setting up a special investigative team to do what we have not been doing for a long time as Zacc … we are now going to go for them,” Nguni told the gathered journalists.

Meanwhile, Zacc said it will would also investigate how Nssa had allegedly channelled money towards the construction of Harare’s Joina City Mall.

“At Nssa there are major investments where the pension fund was used … for example, they used money to build Joina City… yet there is no money coming back to Nssa.

“Nssa is very topical to a lot of people … We are generally going to look at all the investments by Nssa  in the last 10 years, from the time of the GNU, to make sure that we recoup the money of the pensioners that was invested by some Nssa  executives,” Nguni said.

Apart from probing Nssa, the anti-graft body would also swoop on retailers and companies that were withholding large sums of cash which it alleges is being kept away from the banking system for speculative purposes.

“Zacc is also aware that the retail companies are receiving hundreds of thousands and millions every day from the people.

“We have information that some companies are keeping this cash and that managers transfer money from their personal accounts and take the cash from the cashiers.

“We are going to be working with the police to assist us in this project. Everybody who gets cash must go and bank the cash so that money can circulate,” Nguni said.

Although Mnangagwa has vowed to clamp down on corruption, his critics have accused his government of selectively applying the law by prosecuting small cases involving political rivals.

Since Mnangagwa began the anti-corruption crusade, so far the biggest casualty has been former Cabinet minister Samuel Undenge — who was jailed an effective two-and-half years for abuse of office in a matter involving $ 12 000.

He has since received bail and is appealing against both the sentence and his conviction.