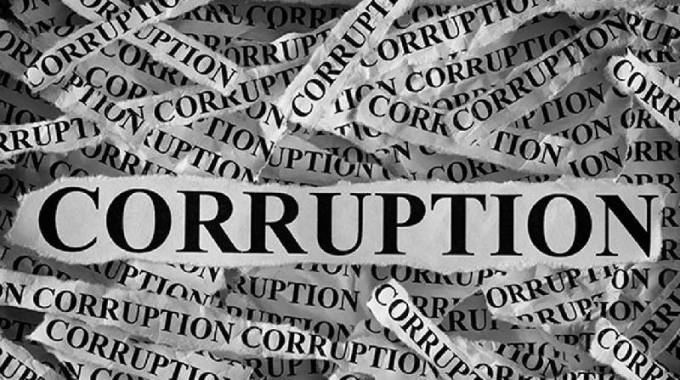 The specialised anti-corruption courts  have received 39 cases since the beginning of the year, most of which implicate officials for allegedly abusing public offices to enrich themselves, but a lot of them are being bogged down by pre-trial applications made at the High Court by accused persons.

The special courts were officially launched in March last year. Pre-trial applications usually are made by the defence team to challenge the conduct of State agents, which might possibly infringe on the rights of the accused, or the procedural or evidentiary rule — created by statute or common law — that infringes a right guaranteed by the Constitution.

However, of the 39 cases, nine have been finalised, with four convictions and two acquittals, while three have resulted in refusal of remand.

Acting chief magistrate Mr Munamato Mutevedzi told The Sunday Mail the pre-trial applications by defence lawyers are slowing down the prosecution of corruption cases in courts.

However, a lot of the cases, he said, “have now been referred back to the magistrates’ court for the continuation of trial”.

“Thirty-nine (39) cases were received in the anti-corruption courts for the first half of the year,” said Mutevedzi.

“There are two main reasons why progress in the prosecution and finalisation of the matters has been slow, namely: a) corruption, by its nature, is usually a complex offence.

“In some instances, it takes time for investigations to be completed before commencement of trials.

“b) In cases where matters are ready, we have witnessed a new trend of litigation where lawyers make numerous pre-trial applications.

“When such applications are dismissed, they approach the High Court for review — which they are entitled to.

“Most of the proceedings were stayed by the High Court pending finalisation of the review processes, which take time.

“We are, however, happy to report that a lot of the cases have now been referred back to the magistrates’ court for continuation of trial,” he said.

Some of the trials are expected to be “finalised shortly”, he added.

Mr Mutevedzi said: “The first half of the year has seen an increase in the number of cases received when compared to the previous years.”

University of Zimbabwe law lecturer Professor Lovemore Madhuku also believes the delays are being caused by the inefficiency of the police and prosecutors.

“There are no special tactics used by the defence to delay prosecution,” said Prof Madhuku.

“The reason why cases of corruption are not going through quickly is the inefficiency of the police and the prosecutors . . .

“Because the general principle is that you must only make an arrest when you have had some investigations which show reasonable suspicion.

“So, the evidence you need for arrest purposes must be close to sufficient for you to go to trial.

“But we have cases where they arrest without anything; you cannot arrest from a report.”

Pre-trial applications, he added, are routine defence approaches when the defence feels that they have not been provided with requisite particulars about the case.

Harare lawyer Advocate Tinomudaishe Chinyoka said there is need for separate rules for corruption courts to eliminate the inordinate delays.

“Court procedures are the same for all cases, and this is proving to be frustrating in cases that involve modern-day malfeasance,” said Adv Chinyoka.

“What is needed is the creation of specialised corruption courts with their own specialised rules of procedure and specially trained prosecutors and judicial officers.

“There is a reason why there is a fiscal court: because that is a specialised area of law; so is modern-day corruption.”

Separately, the Zimbabwe Anti-Corruption Commission (Zacc) told The Sunday Mail it was investigating 25 high-profile individuals who include senior Government officials, as the anti-corruption crusade deepens.

Its dragnet, it added, was both apolitical and non-discriminatory.

“The Commission has received 200 cases since the inception of the new Commission. Twenty-five cases are considered to be high profile in nature,” said Zacc in e-mailed responses.

The graft-fighting body said it was also working with various organisations across all sectors to carry out “compliance checks to assist institutions to formulate systems that reduce corruption”.

It has already carried out a compliance check with the National Blood Services Zimbabwe (NBSZ), where it recommended strategies to enhance corporate governance and compliance with regulations.

“Most of the corruption is also happening in the sporting sector and the private sector.