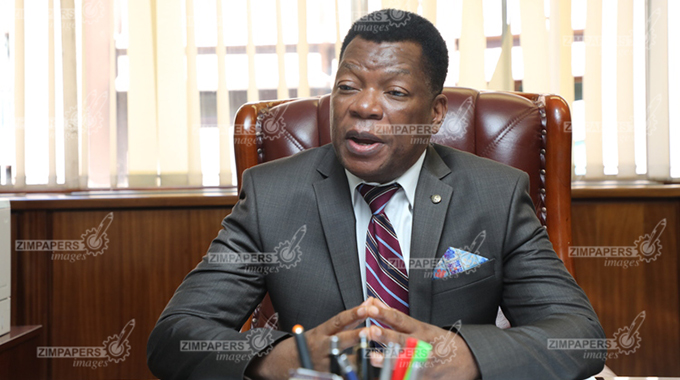 The office was set up as part of Prosecutor-General Kumbirai Hodzi’s strategy to make the NPA a corruption-free office.

Speaking at a recent anti-graft conference held in Harare, chief law officer Mr Michael Reza said all complaints raised against prosecutors in the discharge of their duties, must be forwarded to the special unit for investigation.

“Whenever a complaint is received against any public prosecutor, that complaint is investigated and a reply is sent to the complainant.

“All prosecutors now know that they can be investigated if they transgress.

“The unit will then make recommendation for either criminal prosecution of the prosecutor or administrative action,” said Mr Reza.

The unit receives complaints from all over the country. Chief law officers are obliged to send all complaints raised against prosecutors to the special unit.

Administrative action is usually applied when no criminal offence has been committed but the prosecutor has fallen short of the standards expected by the authority in any way, such as the way they deal with the public.

Mr Hodzi also introduced the idea of prosecutorial teams to deal with all corruption charges or other serious crimes to reduce opportunities for corruption.

“Prior to the assumption of duty of the current PG, cases could be prosecuted by single prosecutors irrespective of seriousness. This opened room for corruption because the accused persons would need to deal with only one person. Deals could be corruptly cut.

“However, the PG has dealt with the loopholes. There is no longer the ease of dealing with one prosecutor.

“All cases that are susceptible to bribery and corruption are prosecuted by teams with a minimum of two prosecutors. All chief law officers are members of these teams, sometimes as lead counsels,” he said.

Prosecutors used to press a civil case as if it was a criminal case, with a view to impress a complainant.

In some cases, they would decline to prosecute a criminal case alleging that it was a civil matter, but Mr Hodzi came up with another measure to close the loophole.

“Agreeing to prosecute a civil case as if its criminal or vice versa is a form of corruption if one of the parties stands to unfairly benefit.

“This form of corruption has been cured by the National Prosecuting Authority in that all serious dockets are perused by separate people, either in the Economic Crimes or Litigation units.

“Usually, a second opinion is sought. Neither the accused nor the complainant is aware of the identities of those who would have done the perusal,” said Mr Reza.

Some prosecutors would delay in placing an accused person on remand until the 48 hours permissible at law lapsed. At court, opening of new records was done up to 10am and any delays by the prosecution or the police would result in the suspect being freed and asked to appear in court on summons.

“This is lucrative because if an accused person is brought to court on summons, he or she does not need to spend a day in custody. They do not pay any bail amount nor have their passports surrendered to the clerk of court. They do not surrender title deeds to their properties as surety.

“The NPA with the assistance of the Judicial Service Commission (JSC) has dealt a blow to this form of corruption in that opening of records, which used to close at 10am, now closes at 11:30am.

“The only way accused persons can benefit from this corruption is when the police do not bring them to court at all. The NPA has no control over accused persons who are at police stations,” he said.

He said lifestyle audits were underway in the police service and the corrupt elements were being flushed out.

Asst Comm Nyabasa said the Zimbabwe Republic Police was also working on putting in place an electronic traffic monitoring system with a view to curb corruption on the roads.