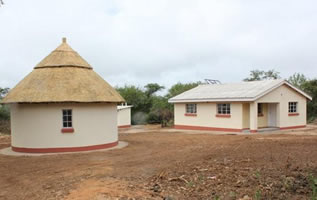 HARARE – Over a thousand families relocated from the Marange diamond fields to Arda Transau in Odzi are taking government to court to demand compensation and title deeds for their properties.

The organisation they formed to lead efforts to demand their rights to both government and mining companies — Arda Transau Relocation Development Trust (ATRDT)  — has this week alleged State security intimidation and the members now fear for their lives.

ATRDT spokesperson Tawanda Mufute said in a statement their chairperson Donald Masvaure was on Monday night visited by unidentified people who threatened unspecified action against his committee if they continued to raise awareness on the issue already before the courts.

He said the entire leadership now fear for their lives.

“In the efforts to educate the community on their rights which were violated by mining companies during relocation starting from 2010 to date, ATRDT members now fear for their lives after an attack was made to our trust chairperson, Masvaure Donald,” Mufute said.

He said they made specific demands that Masvaure should not continue to raise awareness in the community about the matter which is before the Mutare High Court.

“At around 2200hours on Wednesday, a vehicle full of security forces who refused to produce their identification threatened Masvaure saying he and his trust members should stop addressing the communities about the issue,” Mufute said.

He, however, said the chairperson told the suspected military personnel that he “will not back down on supporting and defending our community rights”.

Mufute called on all community-based organisations to “stand with us during these fighting times”.

As Zimbabwe’s political elite and security apparatus made billions of dollars from the diamond fields, these families who were hurriedly bundled out of the diamond rich land are now living in squalor at Arda Transau, formerly a State-owned farm which was turned into a residential area.

On relocation, they were promised everything from modern homes to agricultural land and other empowerment projects as well as hefty compensation.

None of the seven companies that relocated them to clear their path to mint the precious stones from their ancestral lands kept their promises.

At best, only a handful offered food assistance for a few months following relocation and agricultural inputs in the ensuing farming season.

Now, just about all relocated families reminisce daily about how they were walked up the garden path with government ministries and departments holding their hands in assurance.

The communities have been sinking into poverty since their arrival and instead of growing their wealth have been selling their livestock and property to keep their heads above the water with many already selling their houses to relocate back to communal areas they were accustomed to.

Pressure to generate income has given birth to child labour previously unheard of in the community as children skip school to vend firewood 10 kilometres away in Odzi Township with many homes being broken as some women are enticed into relationships with soldiers in a military camp in the area among a litany of other ills generated by the growing poverty.